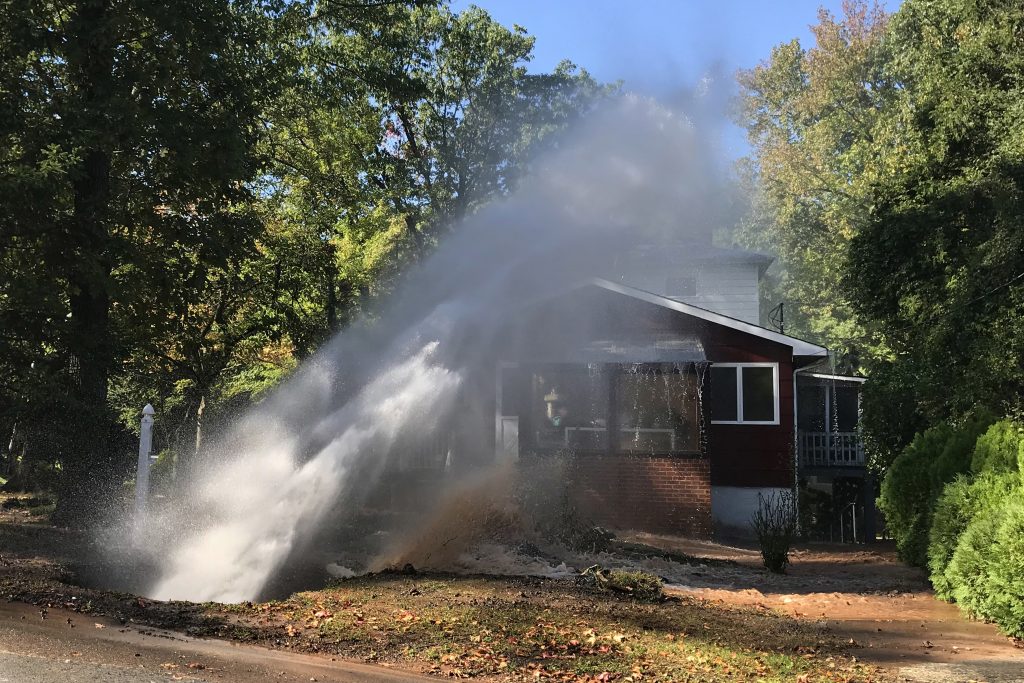 Public works crews have repaired a broken water main that caused a geyser to erupt from the ground in front of a New York City home.

The owner of the home in Staten Island’s Todt Hill section told the Staten Island Advance that a powerful stream of water began pounding the front of the house Wednesday morning, breaking several windows.

The front lawn caved in and water from the broken pipe shot 15 to 20 feet into the air directly toward the house. The geyser eventually subsided, but water continued to pour out of the hole as emergency crews arrived on the scene.

About two dozen homes in the neighborhood were without water.

The office of borough President James Oddo said the repairs were completed by early Thursday morning.