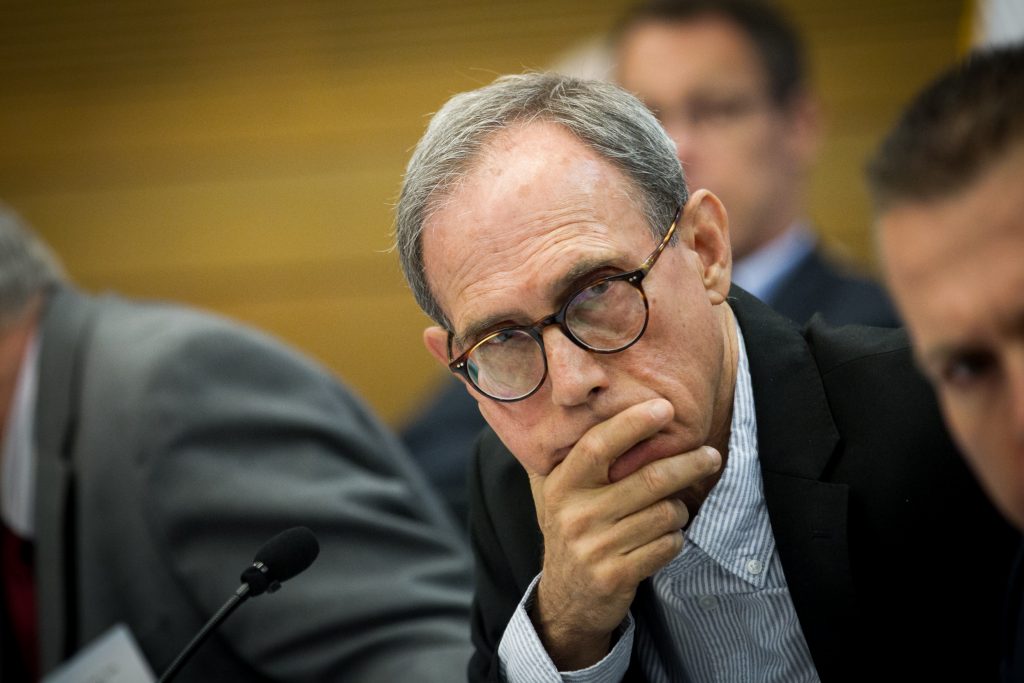 Israel may leave the Inter-Parliamentary Union (IPU), after a barrage of verbal abuse and discriminatory treatment at its annual session in St. Petersburg, according to media reports on Thursday.

Zionist Camp MK Nachman Shai led the Israeli delegation in a walkout on Wednesday after they were denied their full speaking time and Arab delegates were permitted to interrupt and heckle them.

At one point in the proceedings, the Kuwaiti Parliament Speaker Marzouq Al-Ghanim shouted at the Israeli MK’s, “You are child murderers! Get out of the hall!”

The walkout followed a series of anti-Israel resolutions, including a demand for release of terrorists Marwan Barghouti and Ahmed Saadat from prison and condemning Israel for arresting members of the Palestinian National Assembly who were involved in terrorism.

Addressing the delegates despite shouted interruptions, Shai said: “I naively thought that this organization, like the whole world, is united against terrorism, because terrorism endangers every country in every place in the world, at every moment… You want us to release convicted terrorists from prison? I thought you wanted to fight terrorism, not aid it, but reality is different.”

Likud MK Sharren Haskel suffered similar treatment when she attempted to respond to condemnations of Israel from Palestinians, Arab and Muslim delegates.

“I don’t know if this is a bad joke,” she told them. “Countries like Pakistan, Syria and Iran will tell us what it means to protect human rights? I don’t know whether I should laugh or cry!”

At that point, they began banging on tables to silence her.
Talking with Israeli reporters on Thursday, Shai said that “we need to check our relations with the organizations. It could be that under the surface, they accept anti-Israel agendas. We’ll see in the future.”

In a letter of protest to the outgoing IPU President Saber Chowdhury from Bangladesh, who chaired the conference, Horowitz charged that Chowdhury “deeply harmed the neutral stance of the IPU by allowing Arab states to interrupt the Israeli speakers non-stop, to disturb them while they spoke, and did not give equal time to members of the Knesset delegation.”

The Foreign Ministry issued a statement saying that it was not involved in arrangements for Israeli participation in IPU events, and it is a matter for the Knesset whether it will continue to send MK’s.