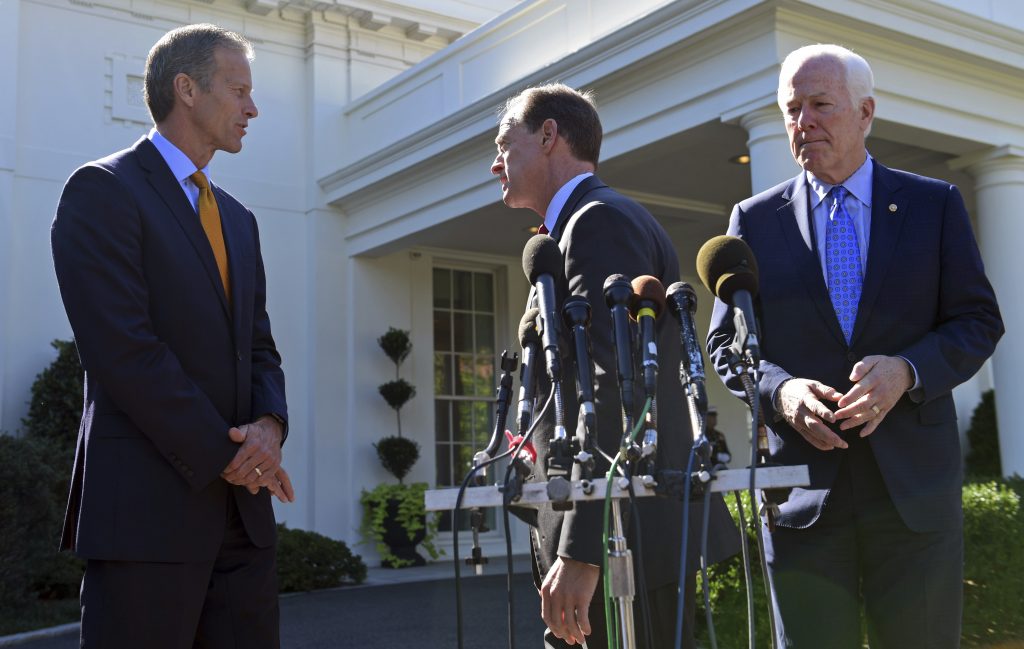 U.S. Senate Republicans appeared to have enough votes on Wednesday to pass a budget measure that is crucial to President Donald Trump’s hopes of enacting& tax& reform& legislation before the end of the year.

Senate Republican whip John Cornyn, who is in charge of marshaling votes for legislation, said he expected the fiscal 2018 spending blueprint to draw the support necessary to unlock a legislative tool enabling Republicans to move a& tax& reform& bill through the Senate without help from Democrats.

Asked if Republicans had enough votes to pass the budget measure, Cornyn told Reuters: “I believe we do.” The resolution requires approval from at least 50 lawmakers in the 100-seat chamber, with Vice President Mike Pence able to cast a tie-breaking vote.

The Senate is expected to vote on the budget resolution on Thursday.

Republicans control the Senate by only a 52-48 margin, and with Democrats largely opposed to Trump’s plan to deliver up to $6 trillion in& tax& cuts to businesses and individuals, Republicans can afford to lose few votes among their own.

A budget approved by the Senate and the House of Representatives would allow Republicans to use a procedure known as reconciliation to move& tax& legislation through the Senate with a simple majority, rather than the 60 votes normally required.

Republican Senator Rand Paul, a fiscal hawk, has threatened to vote against the measure. But Republicans would need to lose three votes for the measure to fail, and there did not appear to be two other Republicans opposing the resolution.