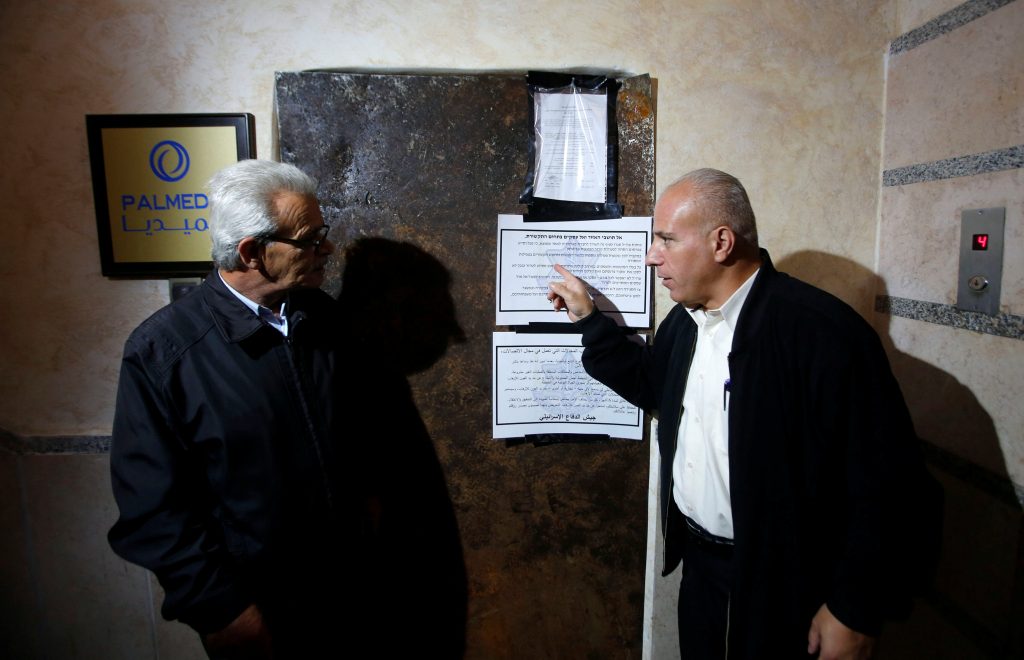 IDF forces, along with Shin Bet and Civil Administration officials, raided overnight Tuesday eight media outlets located in Palestinian Authority-controlled areas that were broadcasting anti-Israel incitement and assisting in the committing of attacks by terrorists. The outlets, mostly radio stations, were privately operated.

According to the Oslo Accords, the Palestinian Authority is supposed to regulate broadcasting and supervise private operators of media outlets, but Israeli officials say that there is no enforcement at all. The PA does not shut down stations that broadcast anti-Israel messages, and it does not respond to requests from Israel to halt broadcasts of stations that steal frequencies from Israeli radio stations, as well as interfering with control tower broadcasts from Ben Gurion Airport, potentially endangering flights, as pilots have a hard time communication with air controllers.

The forces confiscated equipment and made several arrests. An IDF spokesperson said that Tuesday night’s raids were part of the efforts of the security establishment to stop incitement wherever possible. Forces would continue to operate against individuals and groups that support terror.