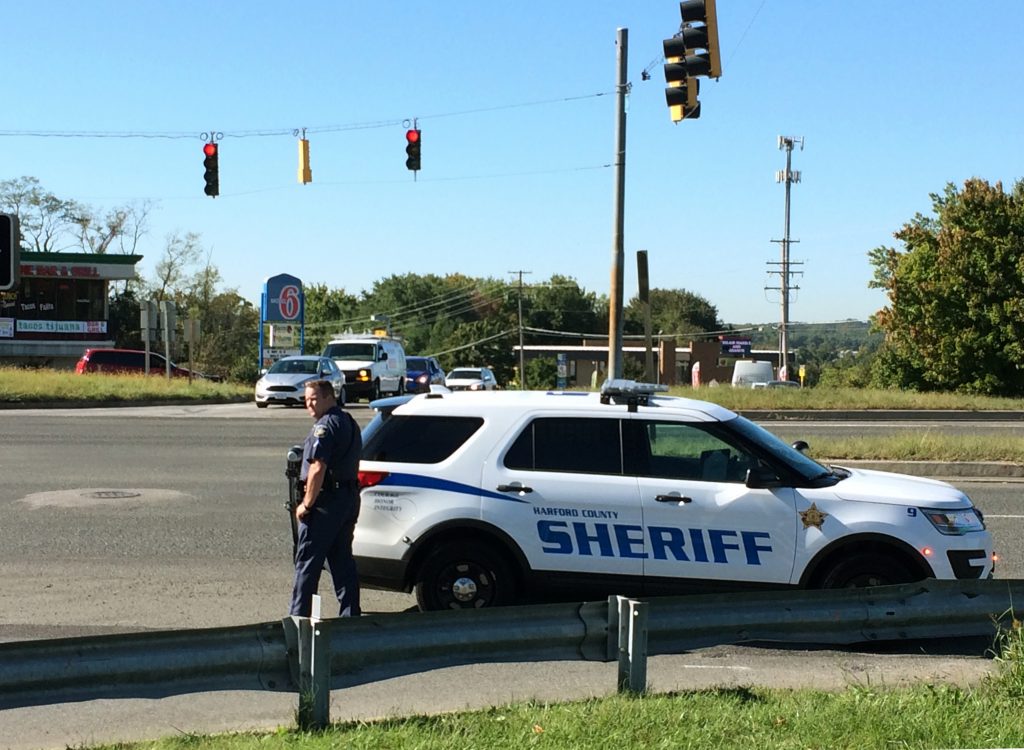 A gunman opened fire at a Maryland office park on Wednesday morning, killing three co-workers and wounding two others, authorities and the business owner said.

He is also believed to be involved in a later shooting about 55 miles away in Wilmington, Delaware. There were no immediate reports of injuries.

A manhunt was underway for 37-year-old Radee Labeeb Prince , who was considered armed and dangerous. Wilmington police said Prince has an address there and relatives in the area.

Harford County, Maryland, Sheriff Jeffrey Gahler said Prince shot his victims with a handgun at about 9 a.m. and fled the Emmorton Business Park in Edgewood, which is about 25 miles northeast of Baltimore. He said deputies were on the scene within four minutes of the report of a shooting. The sheriff did not release a motive.

The victims and the suspect worked for Advanced Granite Solutions, the owner of the company that designs and installs countertops told The Associated Press. Prince has been an employee for four months, working as a machine operator, owner Barak Caba told AP in a brief telephone interview. Caba was shaken and would not provide additional details.

The wounded were in critical condition, according to a spokeswoman for the University of Maryland Medical Center’s R Adams Cowley Shock Trauma Center in Baltimore.

Maryland Gov. Larry Hogan, speaking during a break from a meeting of a state board, said the survivors had gunshot wounds to the head.

He said authorities had helicopters in the air and law enforcement on the ground looking for Prince, who may be driving a black 2008 GMC Acadia with the Delaware license tag PC 064273.

“The killer remains on the loose,” Hogan said.

The FBI is assisting local authorities. Investigators were treating the shooting as a case of workplace violence and didn’t see ties to terrorism, said Dave Fitz, a spokesman for the Baltimore FBI field office.

Nearby schools and businesses were locked down as a precaution.

The business park is just south of the Interstate 95 interchange with Maryland 24.

Kevin Doyle, of Thornhill Properties, said he was getting tools from his truck when he heard screaming and saw three men running from the office park. The men told him someone was shooting and he asked if they had called 911. They said no, even though, Doyle said, they had phones in their hands.

Across the road, several employees, some wearing lime green T-shirts with the Advanced Granite Solutions logo, embraced each other as they waited for news of their colleagues. The sheriff said the department had set up a receiving area for family members in a nearby hotel ballroom.

The sheriff said Prince had a criminal record, but he didn’t know the extent of it. According to online court records, Prince lived in Elkton — about 35 miles from the shooting scene — as recently as last month.

The sheriff said authorities checked an Elkton home after the shooting, but Prince was not there.