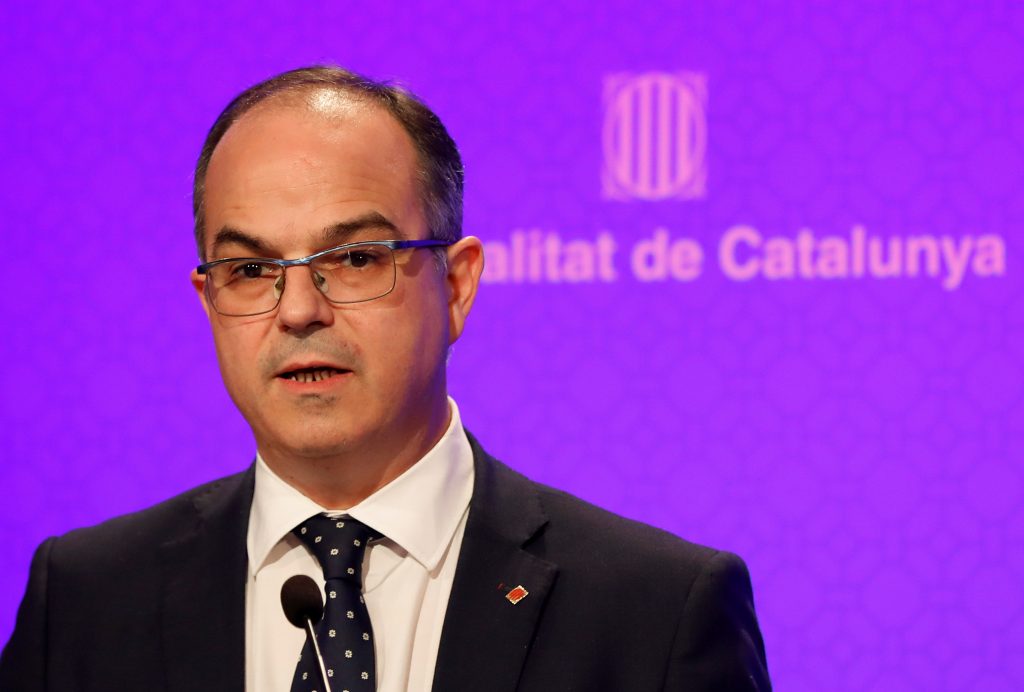 Spain’s top court on Tuesday officially ruled that Catalonia’s disputed independence referendum was illegal because a regional law that backed it was against Spain’s constitution.

The Catalan regional parliament passed the so-called “self-determination referendum law” in early September. Regional leaders went on to stage the Oct. 1 referendum on whether the region should separate from Spain. They say the “Yes” side won and that the result gave the region a mandate to declare independence.

Spain’s Constitutional Court had earlier suspended the law temporarily while judges assessed the Spanish government’s objection to it. In its ruling Tuesday, the court says the law was against national sovereignty and the “indissoluble unity of the Spanish nation.”

The court says that the parliamentary session that approved the law also violated the country’s constitution.

The ruling was not surprising — Spain’s government had already repeatedly insisted the vote was illegal.

“We are facing an executive power in the state that uses the judiciary branch to block the legislative,” Catalan government spokesman Jordi Turull told reporters shortly after the ruling was announced.

Catalan President Carles Puigdemont made an ambiguous statement about the region’s future last week, saying he has the mandate to declare independence — but would not immediately move to put it into effect to allow time for talks and mediation.

Puigdemont now has until Thursday to backtrack on any steps the region has taken toward secession. If he refuses, the central government has said it would invoke constitutional authority to restrict or revoke the areas of self-governance Catalonia has now.

Tuesday’s ruling came a day after a Madrid judge provisionally jailed two Catalan independence leaders, Jordi Sanchez and Jordi Cuixart, in a sedition probe. The judge ruled they were the orchestrators of massive demonstrations Sept. 20-21 in Barcelona that hindered a police operation against preparations for the Oct. 1 independence referendum.

Protesters were gathering for a fresh round of demonstrations in Barcelona Tuesday to demand their release. Some 500 students left classrooms in one of Barcelona’s main universities to join the demonstrations.

“We urge the release of our political prisoners and call on Catalan authorities to revoke the suspension of the independence declaration and proclaim the Catalan republic,” said Aina Delgado Morell, a representative of Universitats per la Republica, a pro-independence student organization.

Students would keep protests going to “stop the repression by the Spanish state,” she added.