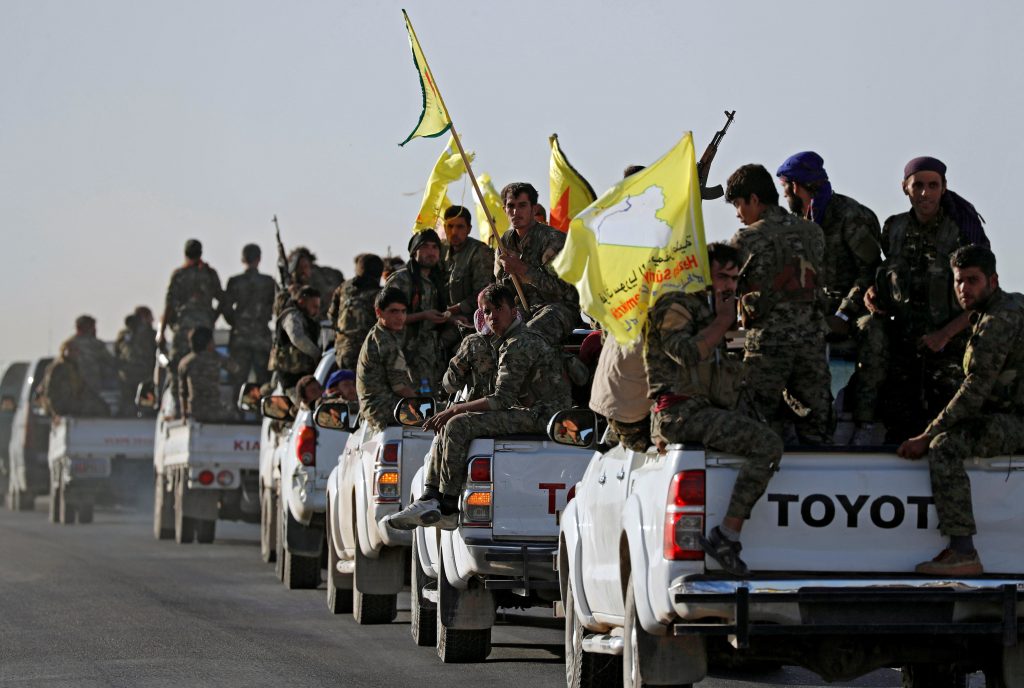 The fall of Raqqa city, where Islamic State staged euphoric parades after its string of lightning victories in 2014, is a potent symbol of the jihadist movement’s collapsing fortunes. From the city, the group planned attacks abroad.

The Syrian Democratic Forces (SDF), an alliance of Kurdish and Arab militias backed by a U.S.-led international alliance, has been fighting Islamic State inside Raqqa since June.

A Reuters witness said fighting appeared to be almost at an end with only sporadic bursts of gunfire. Militia fighters celebrated in the streets, chanted slogans from their vehicles and raised a flag inside Raqqa stadium.

An SDF spokesman said the alliance would capture the last Islamic State areas in the city within hours. The stadium and a hospital, which the SDF said they had captured earlier on Tuesday, were the terrorists’ last bases.

A local field commander said no Islamic State terrorists remained even in the stadium and the hospital, two central city points where Islamic State had been best entrenched and where the SDF said fighting on Monday night and early Tuesday was focused.

“We do still know there are still IEDs and booby traps in and amongst the areas that ISIS once held, so the SDF will continue to clear deliberately through areas,” said Col. Ryan Dillon, a spokesman for the coalition.

In a sign that the four-month battle for Raqqa was in its last stages, Dillon said, there had been no coalition air strikes there on Monday.

It is now hemmed in to a tiny bomb-cratered patch of the city around the stadium that was being pounded from the air by a U.S.-led coalition and encircled by SDF fighters.

Islamic State has lost swaths of territory in Syria and Iraq this year, including its most prized possession, Mosul, and in Syria it has been forced back into a strip of the Euphrates Valley and surrounding desert.