Israel Gabay Responds to Critics, Doubles Down on Defense of Settlements
Israel 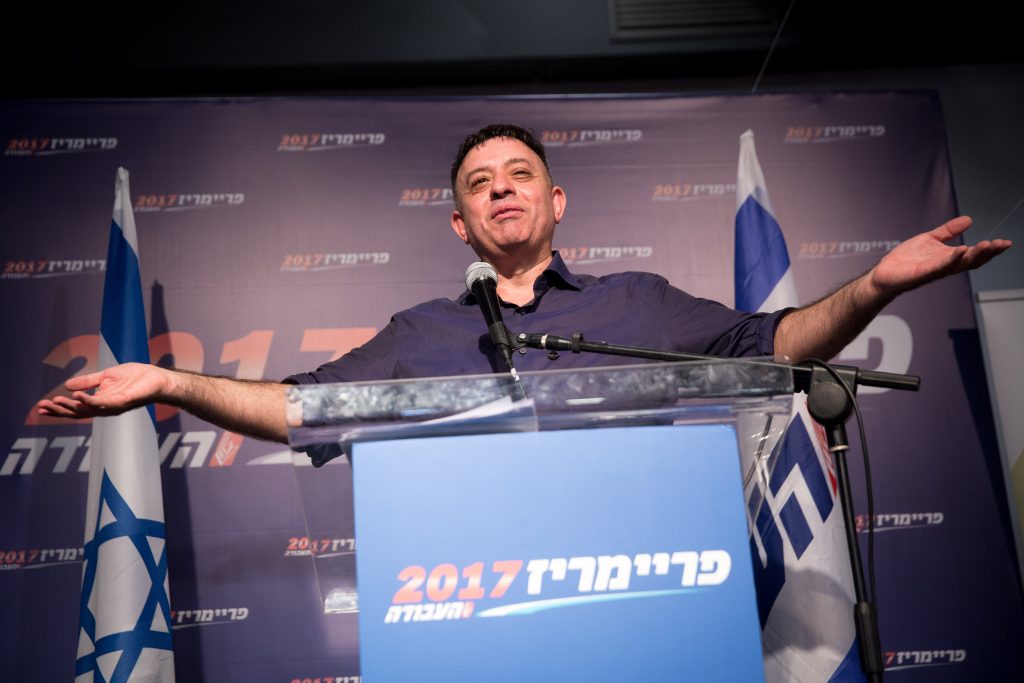 After loud criticism against him by members of the left, as well as other Zionist Camp MKs, for his reluctance to force Jews across Yehudah and Shomron to leave their homes, party head Avi Gabay sought to give his position context Tuesday. In an interview with Israel Radio, Gabay said that he was very much in favor of a deal with Palestinians, but that “we need to think creatively about ways to avoid forcing evacuations of settlements. It would be complicated enough to come to an agreement, and we don’t have to make it more complicated by treating the evacuation of 80,000 Jews from their homes as a secondary issue,” Gabay said, citing the number of Jews living outside the settlement blocs, which Gabay said Israel needed to keep in the event of any settlement with the Palestinians.

MKs from all opposition parties slammed Gabay for his comments in a Channel Two interview Monday, where the Zionist Camp chairman said that he did not believe in forced evacuations and the surrender of Jewish settlements. “We can find solutions without evacuating settlements,” Gabay said. “If you are making peace, why do you need to throw people out of their homes? The terminology – that peace equals evacuation – is incorrect. We must find solutions that do not require such actions.”

Strongly criticizing Gabay was Tzipi Livni, a recent addition to Zionist Camp, after she abandoned the Likud and then Kadima. “Avi Gabay forgot that he was elected as head of the alternative to the Likud coalition, which is supposed to bring change and breakthrough. We do not need a second Likud.”

According to Meretz head Zehava Gal-on, “Gabay’s comments are troubling. There is no way to make a deal with Palestinians without territorial compromise. This is the way of the ‘peace camp,’ and it is disappointing that the person who is leading it speaks in such an irresponsible manner.”

Speaking Tuesday, Gabay said that while he would try to avoid evacuating Jews from their homes, he was opposed to the government’s efforts to build outside the settlement blocs. “The Netanyahu government gives priority to those who live outside the blocs, but they should not be getting more than someone who lives in the Jordan Valley or other places” in areas that both the Likud and Zionist Camp agree will remain part of the state in the event that Israel and the Palestinians can come to an agreement. Gabay said that he had not said anything different from what he had proclaimed in the past.

In comments over the weekend, Gabay said that he was not at all sure that there is a partner on the other side who can make decisions that need to be made in a peace process. “When I say I want a solution I want one that will not have any risk for us,” and under current conditions that was not possible.

“We have nothing to fear from the Palestinians. In fact, they should be afraid of us,” he said.