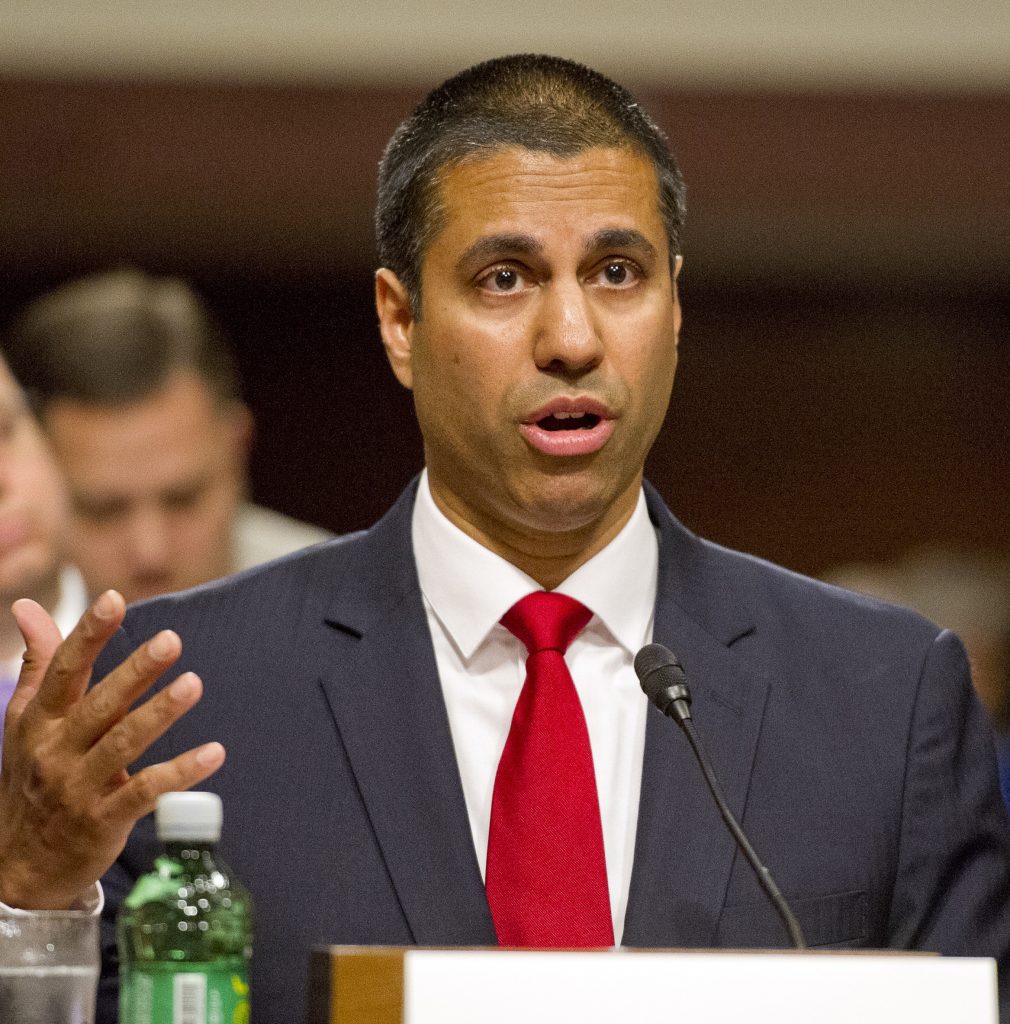 The Federal Communications Commission (FCC) lacks authority to revoke broadcast licenses in retaliation for news reporting, its chairman said Tuesday in his first public remarks on the topic since President Donald Trump threatened the licenses of news networks six days ago.

“I believe in the First Amendment,” FCC Chairman Ajit Pai said in remarks at an event in Washington. “The FCC does not have the authority to revoke a license of a broadcast station based on the content of a particular newscast.”

On Oct. 11, Trump tweeted: “Fake @NBCNews made up a story that I wanted a ‘tenfold’ increase in our U.S. nuclear arsenal. Pure fiction, made up to demean. NBC = CNN!”

“With all of the Fake News coming out of NBC and the Networks, at what point is it appropriate to challenge their License? Bad for country!”

Later that day, Trump tweeted, “Network news has become so partisan, distorted and fake that licenses must be challenged and, if appropriate, revoked. Not fair to public!”

The FCC doesn’t license networks. It issues licenses to owners of TV stations, which must be periodically renewed. NBCUniversal, the parent company of the network, is owned by Comcast Corp., which owns 10 NBC stations, including in New York and Los Angeles. The TV network also broadcasts through more than 200 stations owned by independent businesses.

Pai, a Republican FCC member since 2012 who was elevated to chairman by Trump in January, said last month in Washington that freedom of speech “should unite Americans across the ideological spectrum.”

Jessica Rosenworcel, a Democratic FCC commissioner, said on CNN Sunday that the FCC must support the First Amendment and can’t dictate what content should be on the airwaves.

“History won’t be kind to silence,” she said. “It’s important for all the commissioners to make clear that they support the First Amendment, and that agency will not revoke a broadcast license simply because the president is dissatisfied with the licensee’s coverage.”