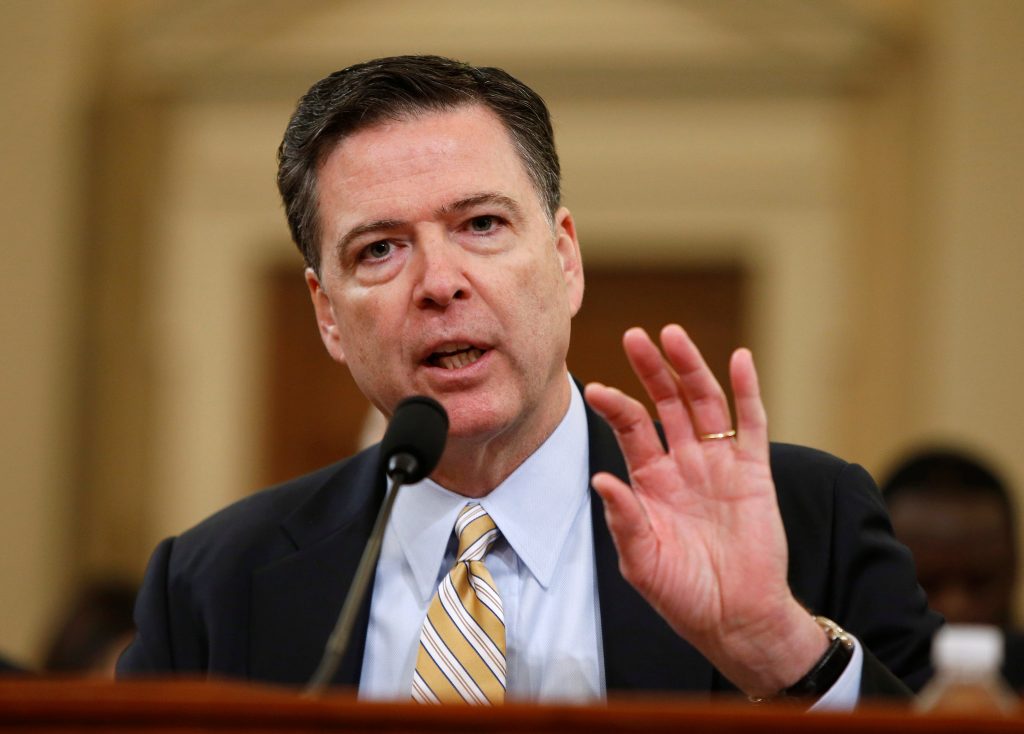 The documents released are almost entirely redacted, except for a thread of three May 2016 email exchanges among Comey and his deputies, including Deputy Director Andrew McCabe and then-chief of staff James Rybicki.

Newsweek was first to report the release Monday.

Comey announced in July 2016 that the FBI would not recommend charges in the Clinton investigation in an unprecedented statement, during which he also heavily criticized Clinton and her team for their handling of sensitive information in her use of a private email server while at the State Department.

The FBI declined to comment further on the documents.

Republican Sens. Chuck Grassley of Iowa and Lindsey Graham of South Carolina first raised the issue in August, accusing Comey of drafting a statement before investigators had interviewed key witnesses including Clinton.

“Conclusion first, fact-gathering second — that’s no way to run an investigation,” Grassley and Graham wrote in a letter to the FBI, requesting access to internal documents related to Comey’s draft statements.

Hillary Clinton was interviewed by the FBI just days before Comey announced that the FBI was closing the investigation.

The release of these documents that give confirmation that Comey’s controversial speech was drafted months earlier than its release will give fuel to his critics. Comey was fired by President Donald Trump earlier this year, with Trump citing the Clinton investigation as part of the reasoning to fire him.

Trump’s firing of Comey prompted a cascade of actions, including the appointment of former FBI director Robert Mueller to lead the ongoing Russia inquiry as special counsel for the Justice Department.