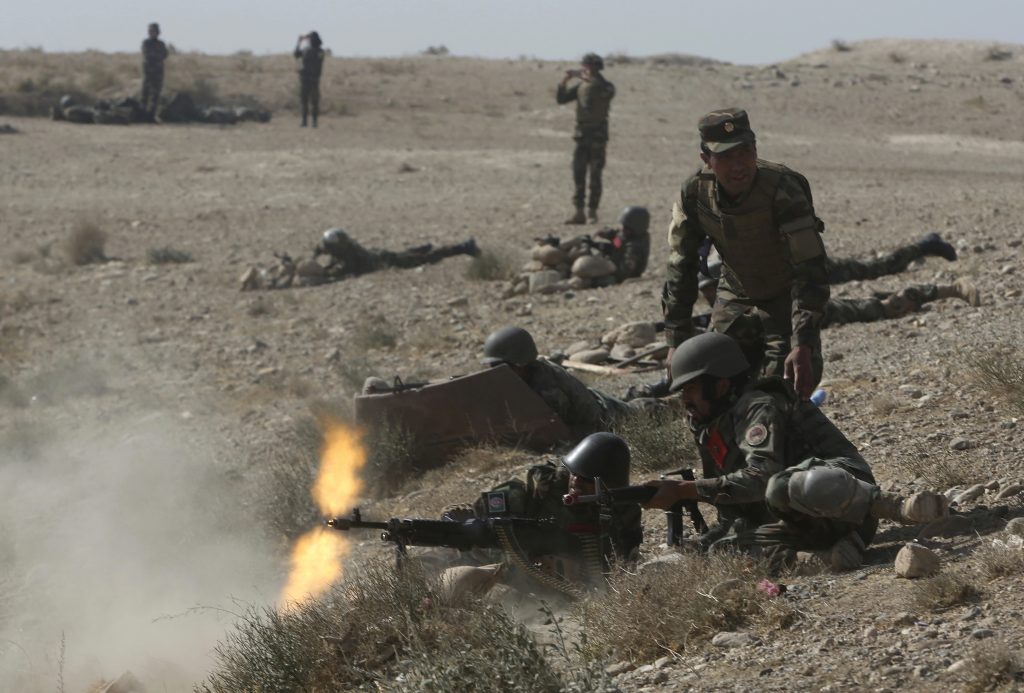 The Taliban unleashed a wave of attacks across Afghanistan on Tuesday, targeting police compounds and government facilities with suicide bombers in the country’s south, east and west, and killing at least 74 people, officials said.

Among those killed in one of the attacks was a provincial police chief. Scores were also wounded, both policemen and civilians.

According to Afghanistan’s deputy interior minister, Murad Ali Murad, the day’s onslaught was the “biggest terrorist attack this year.”

Murad told a press conference in Kabul that in Tuesday’s attacks in Ghazni and Paktia provinces, the insurgents killed 71 people.

In southern Paktia province, 41 people — 21 policemen and 20 civilians — were killed when the Taliban targeted a police compound in the provincial capital of Gardez with two suicide car bombs. Among the wounded were 48 policemen and 110 civilians.

The Ministry of Interior said in a statement earlier on Tuesday that after the two cars blew up in Gardez, five attackers with suicide belts tried to storm the compound but that Afghan security forces “killed all five terrorists.”

According to the Health Ministry spokesman, Waheed Majroo, the Gardez city hospital reported receiving at least 130 wounded in the attack.

Hamza Aqmhal, a student at the Paktia University, told The Associated Press that he heard a very powerful blast that shattered glass and broke all the windows at the building he was in. The university is about 2 kilometers (1.25 miles) from the training academy, said Aqmhal, who was slightly injured by the glass.

A lawmaker from Paktia, Mujeeb Rahman Chamkni, said that along with the provincial chief of police, several of his staff were also killed. Most of the casualties were civilians who had come to the center, which also serves a government passport department, Chamkni said.

In southern Ghazni province, the insurgents stormed a security compound in Andar district, using a suicide car and killing 25 policemen and five civilians, Murad said. At least 15 people were wounded, including 10 policemen, he added.

Despite the staggering numbers, Murad said that Afghan forces are confident in their “readiness to fight terrorists and eliminate them from Afghanistan.”

Arif Noori, spokesman for the provincial governor in Ghazni, said the Taliban attack there lasted nine hours. By the time the attackers were repelled, there were 13 bodies of Taliban fighters on the ground, Noori added.

The Taliban claimed responsibility for all three attacks on Tuesday.

Murad, the deputy interior minister, said the Taliban have suffered heavy defeats over the past six months at the hands of Afghan forces and were seeking revenge.