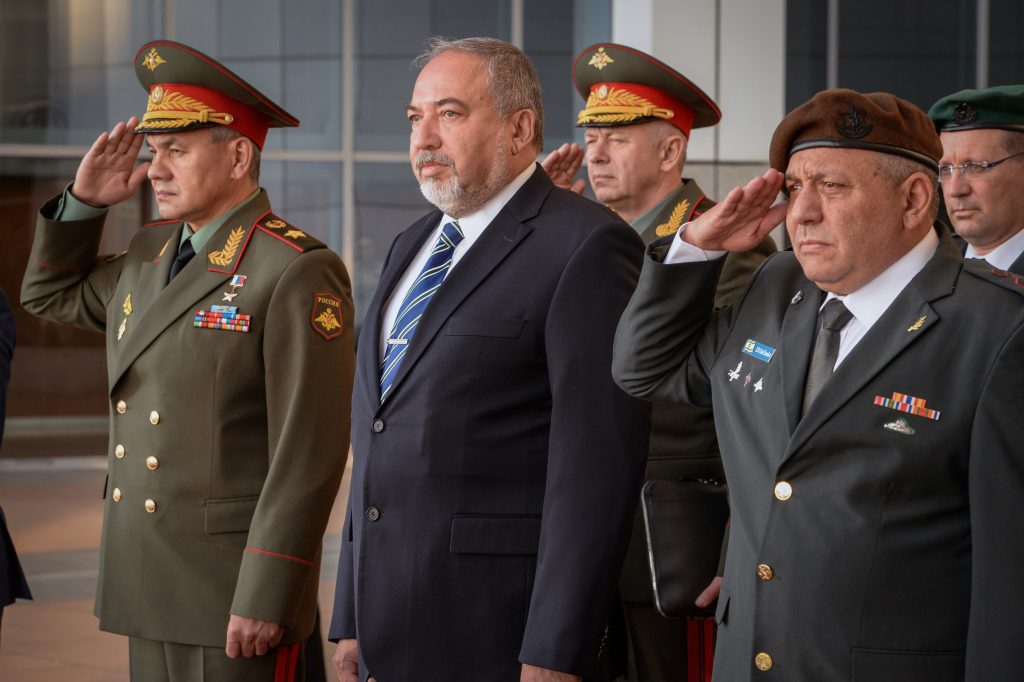 Just hours after Israeli warplanes knocked out a battery of Russian-made Syrian anti-aircraft missiles in a retaliatory strike on Monday, Russian Defense Minister Sergei Shoigu arrived in the country for his first official visit.

His host, Defense Minister Avigdor Liberman, made no attempt to paper over the incident. “We will not get involved in internal matters in Syria,” Liberman reportedly told the Russian defense minister, “but, on the other hand, we will not allow Iran and Hezbollah to turn Syrian territory into a forward operating base against Israel.”

Prime Minister Binyamin Netanyahu warned Syria after the incident that Israel would continue to carry out airstrikes “as needed.” The IAF had been sent into action in response to the firing of an interceptor missile at Israeli reconnaissance planes over Lebanon near the Syrian border.

It is Shoigu’s first trip to Israel since taking his position in 2012, and the first visit by a Russian defense minister to the country in many years.

“We greatly appreciate our relations with Russia,” he said. “We don’t always agree, but we always speak directly and openly. We believe that the moment there’s open dialogue, you can overcome all problems.”