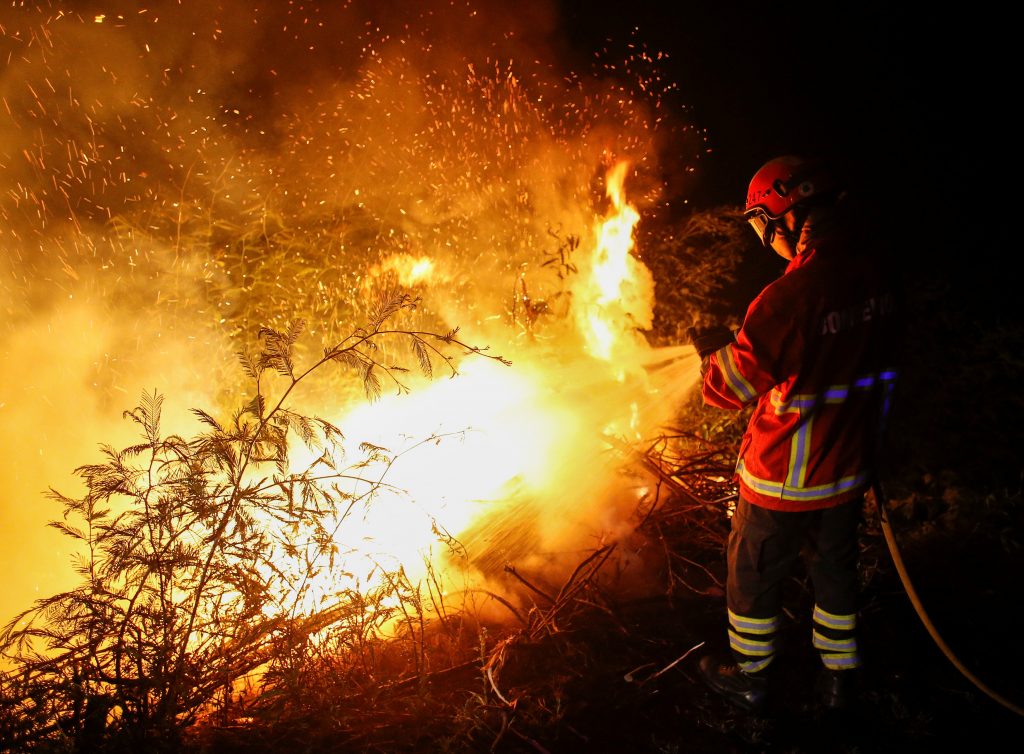 Late-season wildfires that broke out over the weekend in Portugal have killed at least 35 people, including a 1-month-old infant, authorities said Monday, making 2017 by far the deadliest year on record for forest blazes in the country.

In neighboring Spain, wildfires have also killed at least four people and prompted the evacuation of thousands in the northwest region of Galicia, as the remnants of winds from Hurricane Ophelia fanned the flames along Iberia’s Atlantic coast.

The fires returned to Portugal four months after a summer blaze claimed 64 lives in one night. The year’s current total of 99 deaths is far higher than the previous annual record of 25, in 1966.

More than 5,300 firefighters with more than 1,600 vehicles were still battling the fires through dense pine and eucalyptus forests Monday.

Emergency services recorded 523 wildfires Sunday, the highest number in a single day this year and the highest on one day in more than a decade. “You don’t see that in any other country in the world,” said Gaspar.

A prolonged drought has made the calamity worse this year.

“We have all our firefighters out there doing everything they can,” said Home Affairs Minister Constanca Urbano de Sousa, who is in charge of emergency services and has been the target of criticism for her handling of the tragedy.

Spain’s prime minister focused on criminal intent, and said authorities were certain the fires were caused by arsonists.

“What we are seeing here doesn’t happen accidentally. This has been induced,” Prime Minister Mariano Rajoy, who is from Galicia, said during a visit to a Galician fire department.

Officials in both countries said they expected that rain and cooler weather forecast for later Monday would help put out the fires.