Regional Judge Refuses to Throw Out Case Against Menendez
Regional 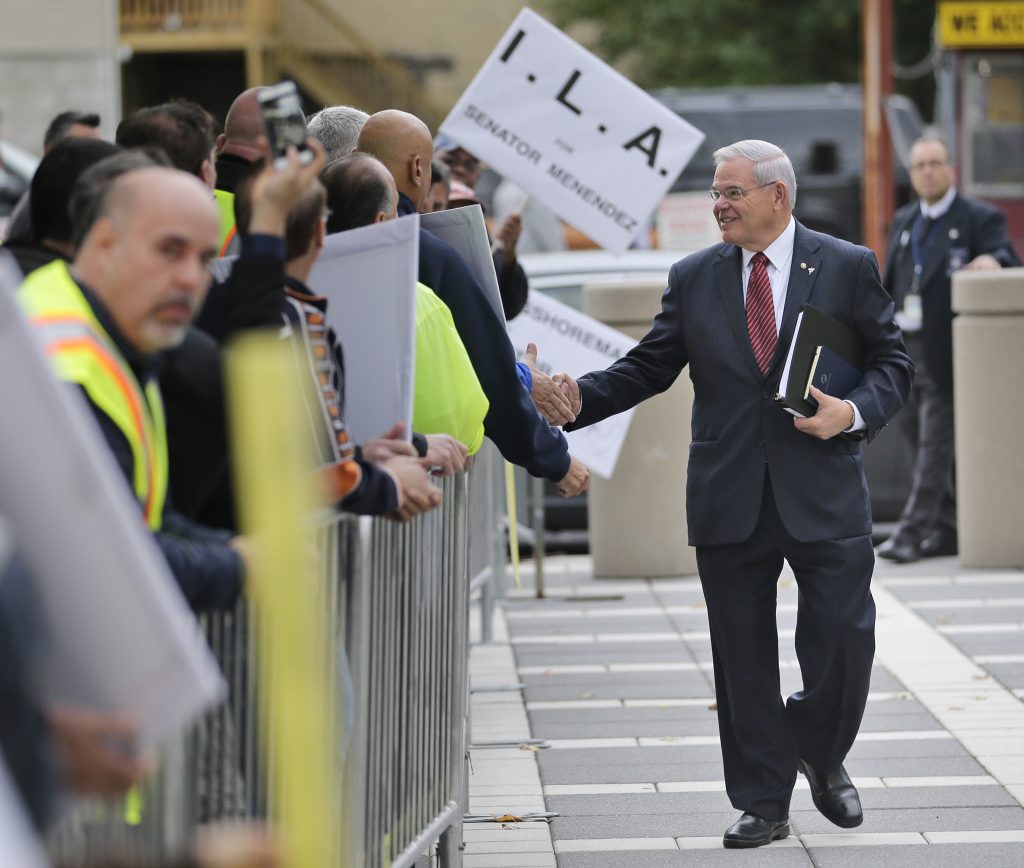 In a big defeat for Democratic Sen. Bob Menendez, the judge at his corruption trial Monday refused to throw out any of the charges against him in light of a U.S. Supreme Court ruling narrowing the definition of bribery.

The decision by U.S. District Judge William Walls was a major victory for federal prosecutors, who had warned that dismissing the charges would torpedo nearly all other bribery cases and open the door wide to graft.

Walls rejected defense lawyers’ arguments that the allegations against Menendez didn’t meet the new, narrower definition of bribery under the 2016 Supreme Court ruling that reversed the conviction of Republican former Gov. Bob McDonnell of Virginia. In recent months, the McDonnell ruling led judges to throw out bribery convictions of at least three other former public officials, including a former Louisiana congressman.

Just days ago, the judge in Menendez’s case appeared to be leaning toward a ruling in the senator’s favor.

Prosecutors rested their case against Menendez and co-defendant Dr. Salomon Melgen last week. The defense was expected to begin presenting its witnesses Monday.

Menendez, 63, is charged with accepting free flights on a private jet, luxury hotel stays and other gifts from the wealthy Florida eye doctor over a seven-year period. In exchange, prosecutors say, he pressured government officials on Melgen’s behalf over an $8.9 million Medicare billing dispute and a contract to provide port screening equipment in the Dominican Republic.

The most serious charge Menendez and Melgen face, honest services fraud, is punishable by up to 20 years in prison.

The two men deny the allegations and say the gifts were a result of their longtime friendship.

Last week, Walls appeared to cast doubt on the prosecution’s “stream of benefits” theory of bribery, which holds that each bribe in a series of them over time doesn’t necessarily have to be made with the intent of prompting a specific official action.

Defense attorneys had argued that the McDonnell ruling eliminated that theory by requiring that an alleged bribe must be given in exchange for an official taking an action — or agreeing to take action — on a specific “question, cause, suit, proceeding or controversy.”

The defense accused the prosecution of using a “mix-and-match” strategy to pair up Melgen’s gifts between 2006 and 2013 with actions Menendez took during the same period, without establishing direct connections.

On Monday, Walls instead cited a federal appeals court ruling, issued after McDonnell, that upheld the stream of benefits theory in cases where gifts flow to a public official “in exchange for a pattern of official action … on an as-needed basis.”

In a brief filed Saturday, prosecutors warned that invalidating the theory would “jettison the vast majority of bribery prosecutions, and broadly legalize pay-to-play politics.”