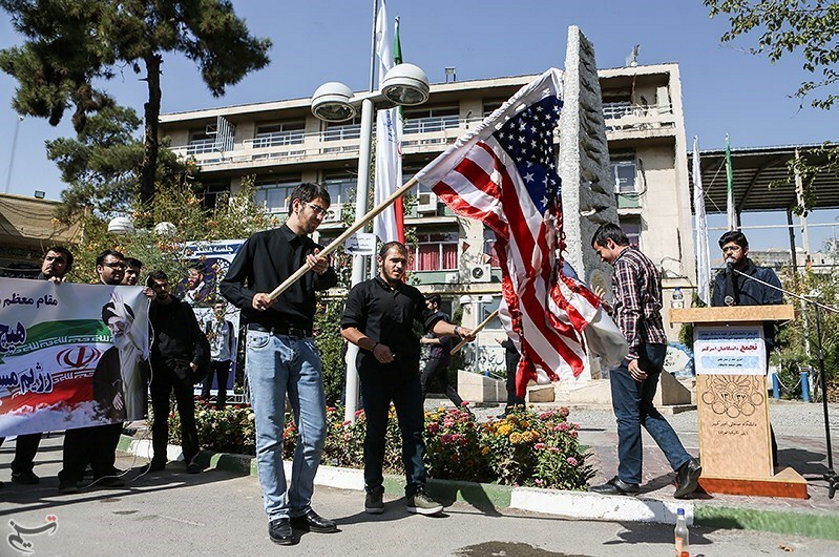 Iranians quickly closed ranks against a hawkish new U.S. approach to Tehran, but Iran’s powerful hardliners are set to exploit the latest dispute with Washington to weaken domestic rivals who are open to the West, analysts and insiders say.

President Donald Trump’s warning on Friday that he might ultimately terminate a landmark 2015 nuclear deal sets the stage for an eventual resurgence of political infighting within Iran’s complex power structures, officials said.

If the accord signed by Iran and six major powers does start to fall apart, anyone who strongly promoted it, such as pragmatist President Hassan Rouhani, could face a career-damaging backlash.

For the moment, solidarity within the Islamic Republic’s faction-ridden political elite is the priority.

“What matters now is unity against the foreign enemy,” a senior official told Reuters on condition of anonymity because of the sensitivity of the matter, like other figures contacted within Iran.

“Our national interest is a priority for all Iranian officials.”

But Rouhani and pragmatists and reformist allies who promoted the deal, which lifted sanctions in return for Tehran rolling back technologies with nuclear bomb-making potential, may become increasingly politically vulnerable at home.

Trump on Friday defied both U.S. allies and adversaries by refusing to formally certify that Tehran is complying with the accord, even though international inspectors say it is.

“The growing tension with America is a golden opportunity for hard-liners to clip Rouhani’s wings,” said a Rouhani ally, who was involved in the 18-month nuclear talks.

For Rouhani the stakes are high: His rapprochement with the world won him enhanced popularity at home and prestige abroad, dealing a setback to Khamenei’s hard-line allies, who oppose both detente with the West and domestic liberalization.

Now the tables may be turning.

“Hard-liners will use Trump’s threat as a Sword of Damocles over Rouhani’s head…. While enjoying the economic benefits of the deal,” said Tehran-based political analyst Saeed Leylaz, referring to the lifting of tough oil and banking sanctions.

“Rouhani and his detente policy with the world will be weakened if the deal does not survive,” another senior Iranian official said.

“And of course an aggressive regional policy is inevitable.”

Under Iran’s unique dual system of clerical and republican rule, the elected president is subordinate to the unelected Khamenei, who has in the past reasserted control when infighting threatened the existence of the Islamic Republic.

Trump’s policy will play into the hands of hard-liners eventually, said an ally of Khamenei. “What matters is the Islamic Republic and its interests.”

In reaction to Trump, Rouhani signaled that Iran would withdraw from the agreement if it failed to preserve Tehran’s interests. The survival of the deal now is up to the U.S. Congress, which might try to modify it or reimpose U.S. sanctions on Iran. But even if the Congress refuses to consider sanctions, the deal could still be in jeopardy if Washington and Tehran resort to tit-for-tat retaliatory steps.

“As long as both sides only exchange words, business will continue as usual,” said Leylaz.

Since the lifting of sanctions, Rouhani has started to repair an economy ravaged by a decade of restrictions on its vital oil industry and issued warm welcomes to global investors. But major European investors could think twice about involvement in Iran if tension mounts with the United States and uncertainty grows over survival of the accord.

“If European companies don’t have the comfort of a political agreement endorsed by the Americans they will say stop,” said a senior French diplomat.

Trump enraged Tehran by saying that the Revolutionary Guards, which have fought Iran’s regional proxy wars for decades, was Khamenei’s “corrupt personal terror force and militia.” Rouhani said Iranians would always stand by the Guards.

Several officials agreed that Trump’s hostility would not change Iran’s regional behavior, determined by Khamenei. But if Trump somehow made good on his threats, “then Iran will adopt a harsher and aggressive regional policy,” said one of the officials familiar with Iran’s decision-making policy.

Iran and its rival Saudi Arabia accuse each other of fueling regional tensions. The Sunni Muslim kingdom is at odds with Tehran’s revolutionary Shiite leaders in struggles across the Arab world, including Syria, Yemen, Iraq, Bahrain and Lebanon.

On social policy, Rouhani’s scope to loosen restrictions on individual freedoms and rights would be crushed by hard-liners if he loses political prestige. Hard-liners control the judiciary, security forces and state media.

“Whenever pressured abroad, the regime increases pressure at home to silence any opposition,” said a former moderate official.