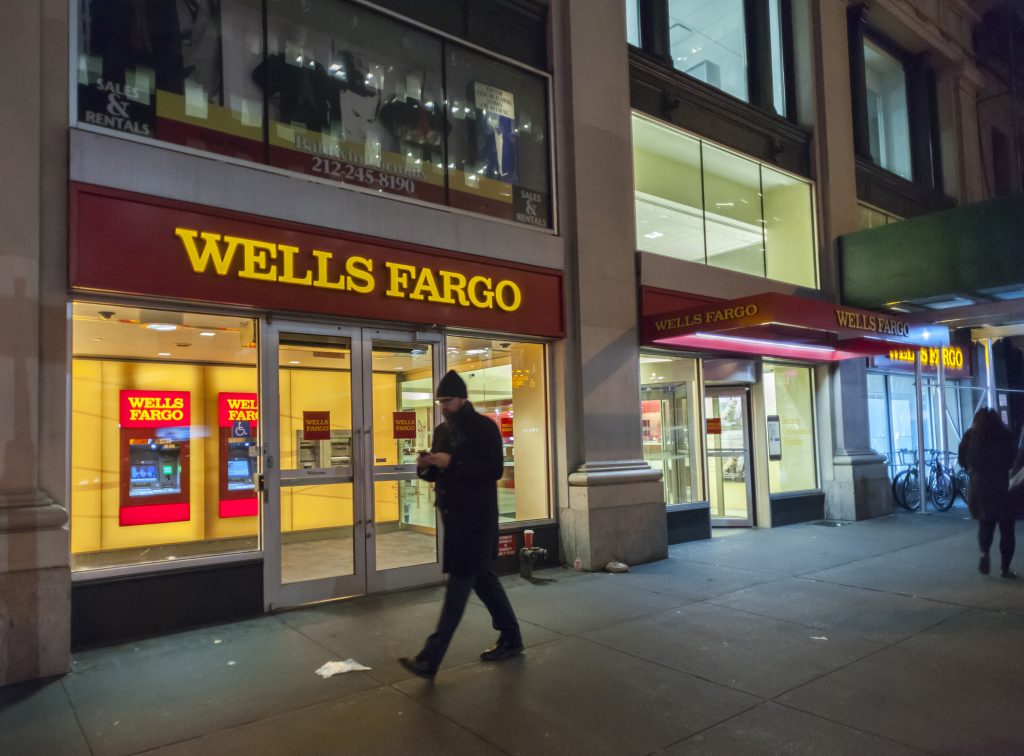 Wells Fargo’s business, already tainted by its role in opening bogus accounts, suffered a jolt to its profits in the third quarter from legal costs linked to bad behavior during the housing bubble, the embattled bank reported on Friday.

During the July-through-September third quarter, Wells Fargo earned $4.6 billion, or 84 cents a share, which was down 18.4 percent from profits in the year-ago quarter. However, excluding the legal fees related to regulatory costs for its actions during the housing bubble, the bank earned $1.04 a share, which topped Wall Street’s predictions of $1.02.

But Wells Fargo’s revenue dismayed investors and analysts. Revenue of $21.9 billion during the third quarter was down 1.8 percent from the same quarter the year before.

“Over the past year we have made fundamental changes to transform Wells Fargo as part of our effort to rebuild trust and build a better bank,” said Timothy Sloan, the bank’s chief executive officer.

For 13 months, Wells Fargo has been reeling from regulatory punishments, legal settlements and investigations, and congressional probes tied to its role in opening bogus credit and checking accounts without the knowledge of its customers. The bank was fined $185 million in September 2016, when the scandal first surfaced.

Originally, Wells thought it had opened up to 2.1 million unauthorized accounts. But in August, the bank revealed that it had actually opened as many as 3.5 million such accounts — 67 percent higher than the initial estimate.

But the most recent legal blow for Wells Fargo was linked to mortgages the bank approved prior to the financial crisis that was brought on by the housing bubble of a decade ago.

“Our financial performance in the third quarter included the impact of a litigation accrual for previously disclosed, pre-crisis mortgage-related regulatory investigations,” Sloan said.

Customer dissatisfaction with the bank is growing, Wells reported on Friday. Customer satisfaction scores declined after peaking in July. The reduced satisfaction with, and loyalty to, the bank occurred after Wells Fargo revealed its opening of bogus accounts was far more widespread than first disclosed.

Wells also continues to shutter branches. Through the first nine months of 2017, Wells had closed 145 branches. The bank had 5,927 retail branches open at the end of September.

San Francisco-based Wells Fargo said on Friday it would continue to slash expenses, an effort that comes at a time when it must wrestle with declining revenue and profits.

“We remain committed to our target of $2 billion of expense reductions by the end of 2018, which will be reinvested in the business, and an additional $2 billion by the end of 2019 intended to go to the bottom line,” said John Shrewsberry, the bank’s chief financial officer.