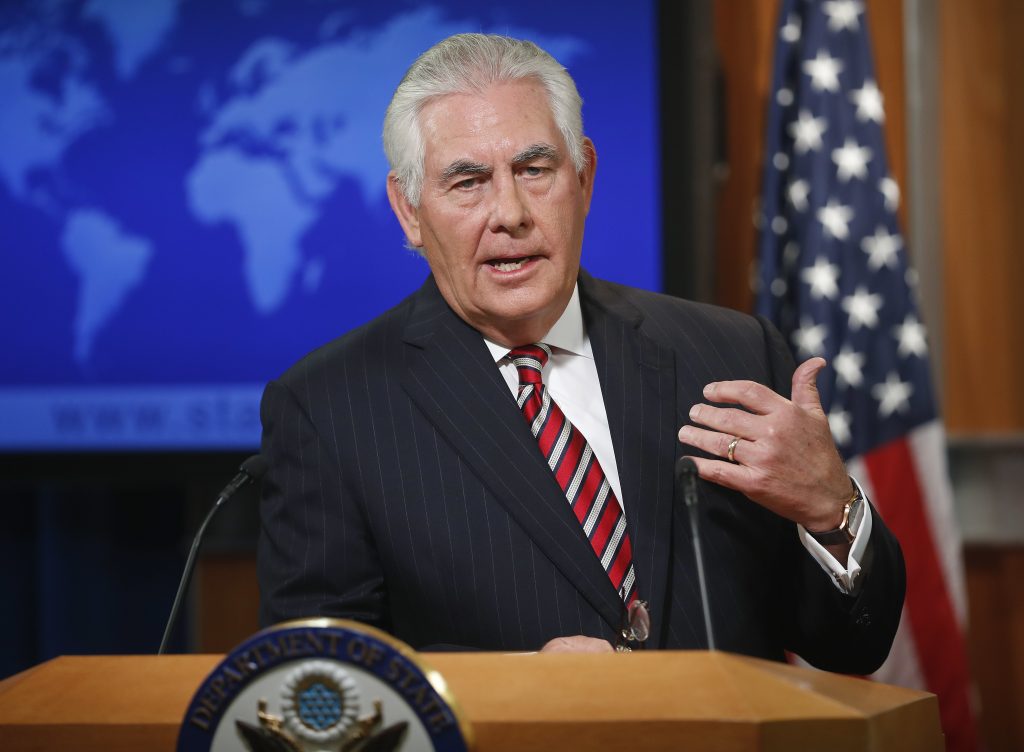 Trump “has made it clear to me to continue my diplomatic efforts,” Tillerson said.

Tillerson’s comments Sunday come amid soaring tensions between the United States and North Korea following a series of weapons tests by Pyongyang and a war of words between the two countries’ leaders.

North Korea has conducted a series of nuclear tests in recent weeks and ago and launched two missiles over Japan.

Tillerson has been in talks with China to enlist its help on getting North Korea to back down.

Tillerson downplayed those tweets Sunday, telling CNN that Trump and China’s President Xi Jinping have an extremely close relationship and that China understands the U.S. position.

“Rest assured that the Chinese are not confused in any way” about the American policy towards North Korea, he added.