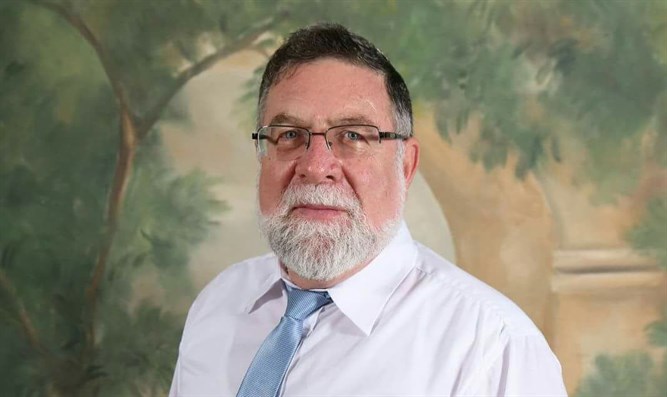 Reuven Schmerling, Hy”d, who was murdered by Arab terrorists on Erev Sukkos, has been officially recognized by the state as a victim of terror.

Schmerling, a resident of Elkana, was founded murdered in a warehouse used by his business in Kafr Qassem, an Israeli-Arab town not far from Elkana.

His son Shai, also a resident of Elkana, found him beaten and stabbed to death in the warehouse just hours before the beginning of Sukkos.

On Sunday, the Defense Ministry announced that Schmerling had been officially recognized as a victim of terror, ensuring that his family will receive benefits from the National Insurance Institute.

Police had initially said that they believed Schmerling had been killed in a financial dispute with workers of his.

Last week, the Shin Bet announced that it had captured two terrorists suspected in the murder. The two are residents of the PA-controlled town of Qabatiya in northern Shomron, and were arrested a day after the murder in a joint operation of the Shin Bet, Israel Police and the IDF.

Irit Schmerling, the daughter of the murdered Reuven Schmerling, Hy”d, said in an interview last week that the family has “no doubt” that her father was murdered by Arabs acting out of nationalistic motives. Speaking to Israel Radio, Irit Schmerling said that “we realized right away that this was not a monetary dispute gone bad. Our father was well-loved and he loved others. He had no enemies, and always was able to reach compromises with others. No one in the world had anything against him. He did business with so many people and got along with everyone. From the beginning we knew this was a murder for nationalistic reasons.”