Israel PA’s Rajoub: Israel Will Have to Work With Hamas, Like it Or Not
Israel 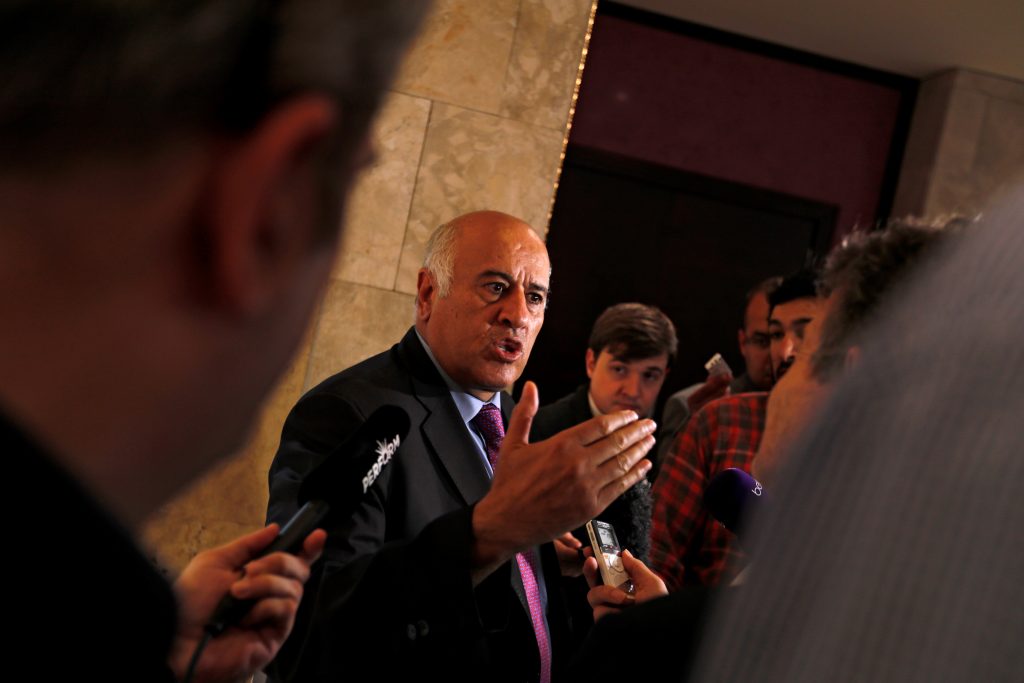 Two days after Hamas and Fatah signed a new agreement to share power in Gaza, questions on how the agreement will affect Israel are coming to the fore – including the future of Israeli-Palestinian security coordination if Hamas, which Israel regards as a terror group, is part of the Palestinian government and security services, as the agreement calls for. In an interview on Channel Two on Motzoei Shabbos, Jibril Rajoub, a senior member of the Palestinian Authority, said that Hamas was an integral part of the PA, and as such would be involved in all matters affecting relations with Israel.

When it was pointed out to Rajoub that the agreement does not require Hamas to give up its weapons, he said that this was not a reason to reject the agreement. In criticizing the deal for this reason, Prime Minister Binyamin Netanyahu “is looking for excuses to reject the deal. He wants us to continue in our divisions. Let us build our coalition as we see fit. Egypt is helping us, and this is a clear message to everyone that Egypt is responsible for the stability of this agreement.”

Hamas has refused to recognize Israel, and as a result Israel will be unable to deal with Hamas as part of the Palestinian government – but according to Rajoub, there are elements in the Israeli government that don’t recognize the existence of the Palestinians, among them Education Minister Naftali Bennett. “Until now we don’t know who is in charge, Netanyahu or Bennett,” Rajoub said. “There are five million people living under occupation. Let us manage our own affairs. The question [of recognition] must be directed at the other side, to Israel.” Bennett and others in his Jewish Home party, such as MK Betzalel Smotrich, “will lead you to tragedy,” Rajoub added. “You have been trying to suppress us since 1967, but do not expect us to raise a white flag. He [Bennett] can say what he wants, but his mouth spews nothing but hatred and racism. His way of doing things is a danger to your future existence. You Israelis need to realize what is happening and change your approach.”