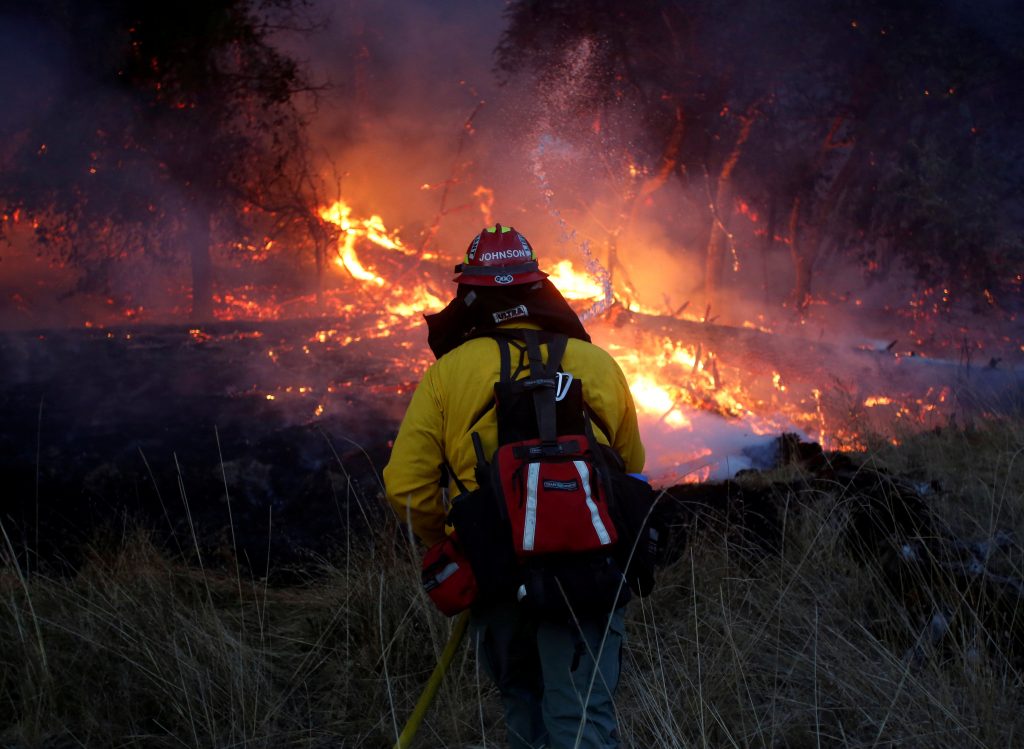 Authorities hope weaker winds will help more than 10,000 firefighters battle the deadliest blazes in California history, which have killed at least 40 people and destroyed thousands of structures in one of the state’s worst natural disasters in years.

Fast-moving fires spread by shifting winds forced thousands more to evacuate their homes on Saturday as the death toll over the week rose to 40, with hundreds missing.

The 40 confirmed fatalities, including 22 in Sonoma County, make it California’s deadliest-ever fire event, surpassing the 29 deaths from the Griffith Park fire of 1933 in Los Angeles.

With 235 people still missing in Sonoma County alone and rubble from thousands of incinerated dwellings yet to be searched, authorities expect the death toll to climb.

Some 100,000 people have been forced from their homes, including 3,000 on Saturday from the city of Santa Rosa, about 50 miles north of San Francisco. The fires have damaged or destroyed about 5,700 structures, reducing homes and businesses to ash.

“This is truly one of the greatest tragedies that California has ever faced. The devastation is just unbelievable. It is a horror that no one could have imagined,” California Governor Jerry Brown said on a visit to a devastated city.

There were some glimmers of hope as winds weakened and firefighters made progress with blazes such as the Cascade fire, about 80 miles northeast of Santa Rosa, which was nearly 10,000 acres and 87 percent contained on Saturday, Cal Fire said.

Weakening winds overnight should help but high temperatures and dry conditions were expected to remain through the weekend, forecasters said.

”This is still very much in play. The danger is still very present,” said Senator Kamala Harris, a Democrat from California who accompanied Brown.

At least a dozen Napa Valley and Sonoma County wineries were damaged or destroyed, throwing the state’s wine industry and related tourism into disarray.

For the picturesque Napa Valley town of Calistoga, now evacuated, the winds were a double-edged sword. The town was spared by hazardous winds when they shifted, but Mayor Chris Canning warned a resurgence could pose a new threat.

Fire officials said the Tubbs fire, between Calistoga and Santa Rosa, was about 44 percent contained, while another in wine country, the Atlas fire, was at 45 percent. But the Nuns fire west of Napa was only 10 percent contained.

Aircraft have dropped more than 2 million gallons of fire retardant.