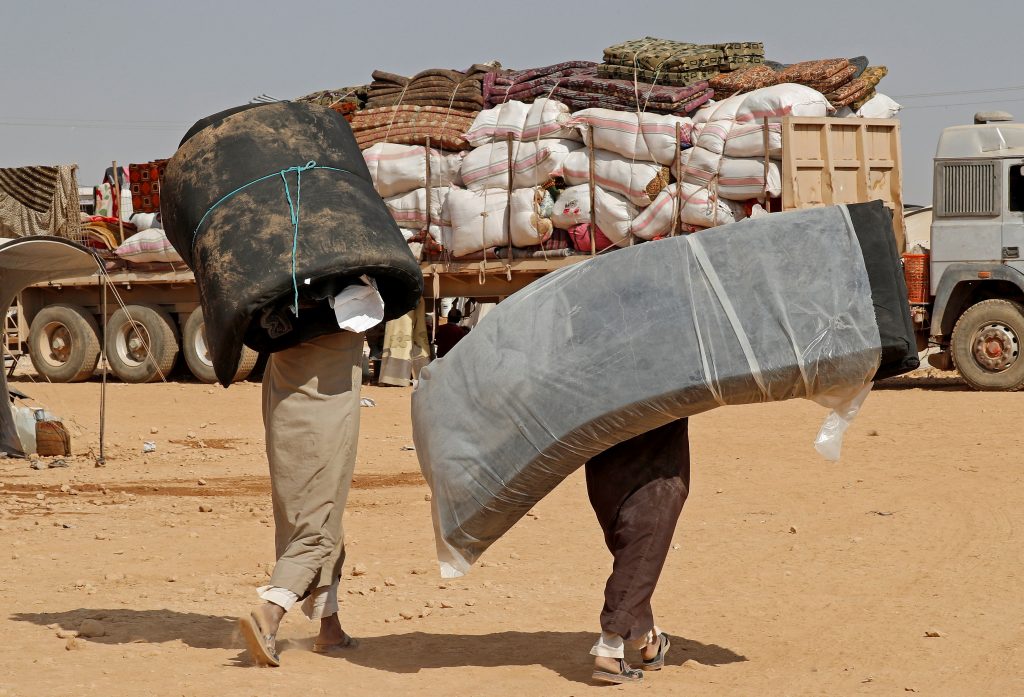 The last of the few dozen Islamic State holdouts inside Raqqa, the terror group’s de facto capital in Syria, were mounting a final stand on Sunday, after a stream of terrorists surrendered under a deal brokered by local officials.

A U.S.-backed alliance known as the Syrian Democratic Forces, or SDF, said that 275 terrorists had left Raqqa’s city center, along with their families, and that they would be interrogated and sent to court if they were suspected to have participated in killings.

The battle for IS’s most famous stronghold began in June, and SDF forces have advanced with the support of heavy U.S.-led coalition airstrikes as the city has been turned into a virtual ghost town. IS has lost all but a sliver of territory in Raqqa.

“There are around 100 foreign fighters still inside a small part of the city,” said Mustafa Abadi, a spokesman for the Kurdish-dominated SDF.

Footage broadcast by the ANHA news channel showed the surrendered terrorists limping out, some of them on crutches, before being herded into a single hall.

The Raqqa Is Being Slaughtered Silently monitoring group, run by former residents of the city, said the detainees had been taken to Hawi al-Hawa prison west of the city, a facility that it described as being under the control of the SDF’s intelligence arm.

The U.S.-led international coalition against IS has distanced itself from the locally brokered surrender. Critics have likened it to a widely derided deal between IS and Hezbollah under which terrorists and their families were given safe passage from Lebanon to their last stronghold in Syria’s eastern border region of Deir al-Zour.

Although Raqqa no longer holds strategic significance for IS, the loss of its most famous stronghold would deal a deep symbolic blow to the group. It still holds parts of Deir el-Zour province and Iraq’s Anbar province, as well as small, scattered pockets elsewhere. But a self-declared Islamic caliphate spanning Syria and Iraq lies in tatters with the terror group reduced to a skeleton force across the two countries.