National California ‘Getting the Upper Hand’ Against Deadly Wildfires
National 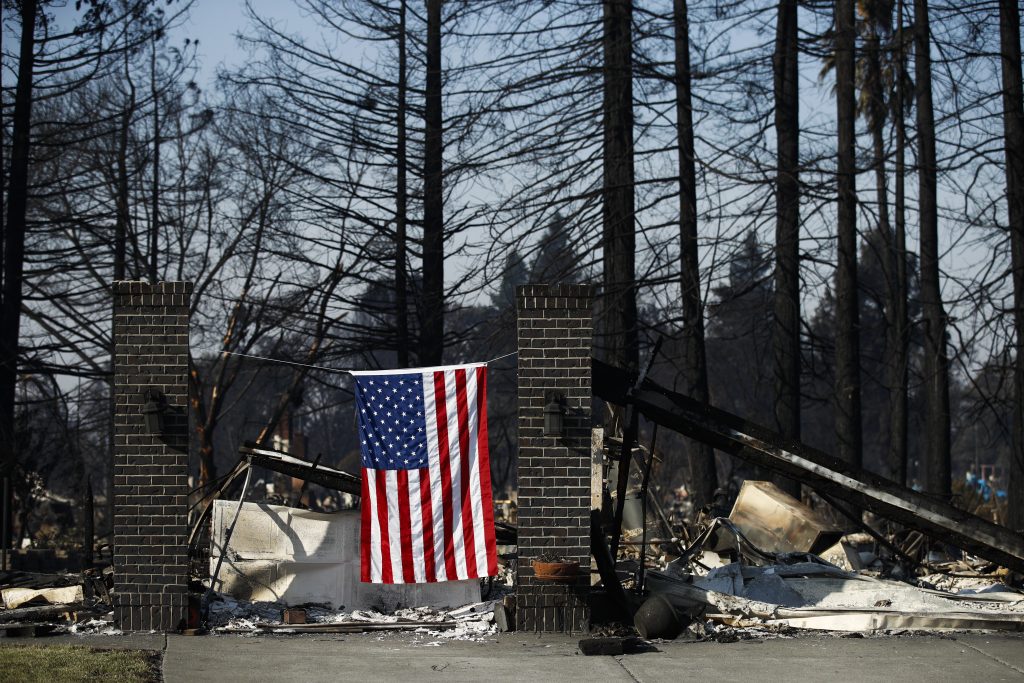 California fire authorities said on Sunday they have turned a corner in battling several of the wildfires that have devastated wine country and other parts of the state over the past week.

Some counties were preparing to let more evacuees return to their homes amid improving weather. The winds that have been fanning the deadliest and most destructive cluster of wildfires in California history did not kick up overnight as much as feared.

“Conditions have drastically changed from just 24 hours ago, and that is definitely a very good sign. And it’s probably a sign we’ve turned a corner on these fires,” said Daniel Berlant, spokesman for the California Department of Forestry and Fire Protection.

“We’re starting to see fires with containment numbers in the 50 and 60 percent, so we’re definitely getting the upper hand on these fires.”

The wildfires that erupted last weekend have killed at least 40 people and destroyed at least 5,700 homes and other structures. As of Sunday, roughly 75,000 people were under evacuation orders, down from nearly 100,000 the day before.

On Sunday, the Sonoma County sheriff’s office said the county would start assessing evacuated areas, which is a first step toward allowing people back home. Mendocino County said it expected to allow even more people home on Sunday as well.

Some people were growing increasingly impatient to go back — at least to see whether their homes were still standing.

“We’re on pins and needles,” Travis Oglesby, who evacuated from his home in Santa Rosa, told the Sonoma County sheriff on Saturday. “We’re hearing about looting.”

Douglas and Marian Taylor stood outside their apartment complex Saturday in Santa Rosa with their two dogs and a sign that read “End evacuation now.”

Their building at the edge of the cordoned-off evacuation zone was unharmed. The couple said they are spending about $300 a day staying at a motel and eating out, and they want to return home because the fire does not appear to threaten it.

Hundreds of people remain unaccounted for, though officials said they believe they will locate most of them alive.

Most of the dead are believed to have died late on Oct. 8 or early Oct. 9, when the fires exploded and took people by surprise in the middle of the night. Most of the victims were elderly.

In all, 17 large fires still burned across the northern part of the state, with more than 10,000 firefighters attacking the flames using air tankers, helicopters and more than 1,000 fire engines.