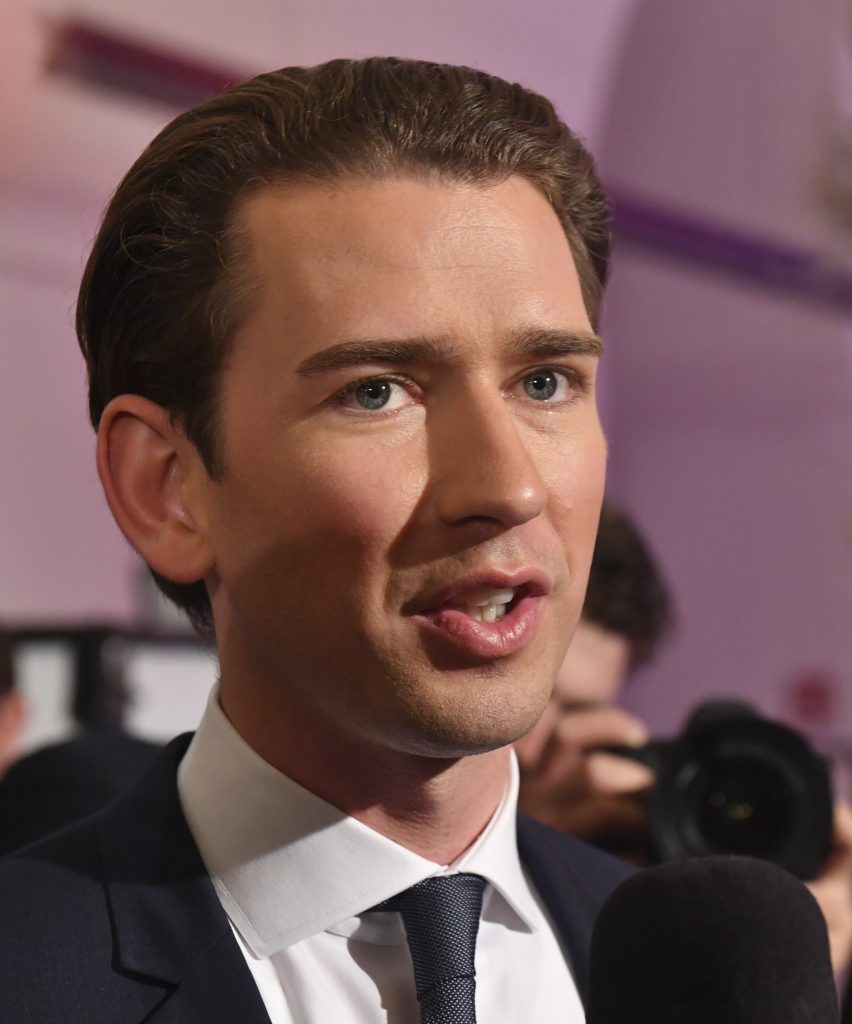 Young conservative star Sebastian Kurz is on track to become Austria’s next leader, projections of Sunday’s parliamentary election result showed, but his party is far short of a majority and likely to seek a coalition with the resurgent far-right.

By taking a hard line on immigration that left little daylight between him and the far-right Freedom Party (FPO), 31-year old Foreign Minister Kurz managed to propel his People’s Party to first place and draw some support away from an FPO buoyed by Europe’s migration crisis.

Both parties increased their share of the vote from the last parliamentary election in 2013, marking a sharp shift to the right. Chancellor Christian Kern’s Social Democrats were in a close race with the FPO for second place.

“It is our task to work with all others for our country,” Kurz told his supporters, without revealing which way he was leaning on coalition talks.

Austria, a wealthy country of 8.7 million people that stretches from Slovakia to Switzerland, was a gateway into Germany for more than 1 million people during the migration crisis that began in 2015. Many of them were fleeing war and poverty in the Middle East and elsewhere.

Austria also took in roughly 1 percent of its population in asylum seekers in 2015, one of the highest proportions on the continent. Many voters say the country was overrun.

Kurz’s strategy of focusing on that issue appears to have paid off.

A projection by pollster SORA showed his People’s Party (OVP) leading the election race with 31.6 percent of the vote, based on a count of 86.2 percent of non-postal ballots. Current coalition partners, the Social Democrats, were on 26.9 percent, just ahead of the FPO on 26.0 percent.

The projection had a margin of error of 0.8 percentage points. It will be refreshed and become more precise as more ballots are counted throughout the evening.

Another projection by pollster ARGE Wahlen also showed the OVP in the lead but had the Social Democrats just 0.2 percentage points ahead of the FPO.

The FPO was short of its record score of 26.9 percent, achieved in 1999, but still has a good chance of entering the government for the first time in more than a decade. The OVP and the Social Democrats are at loggerheads, meaning the FPO is likely to be kingmaker.

FPO leader Heinz-Christian Strache, who has accused Kurz of stealing his party’s ideas, declined to be drawn on his preferred partner.

“Anything is possible,” he told ORF. “We are pleased with this great success and one thing is clear: nearly 60 percent of the Austrian population voted for the FPO program.”

Kurz supporters at the main OVP election party cheered when the FPO initially appeared to be ahead of the Social Democrats, which would have made an alliance between the FPO and the center-left party unlikely.

Kurz, named party leader only in May, has been careful to keep his coalition options open, but he called an end to the current alliance with the Social Democrats, forcing Sunday’s snap election. He has pledged to shake up Austrian politics, dominated for decades by coalitions between those two parties.

While that would suggest he will turn to the anti-Islam FPO, he has also said there could be leadership changes within the losing parties, a possible hint at being willing to work with the Social Democrats if Chancellor Christian Kern were ousted as leader by Defense Minister Hans Peter Doskozil.

Kern, however, said he intended to stay on as party leader.

Asked if the loss would have an impact on his political career, Kern told ORF: “No, I have said I will stay in politics for 10 years and there are nine years to go.”

A clear picture of the race for second place may not be available until Monday, given the large number of postal votes, roughly one in seven, most of which will not be counted until then.

Kurz did not rule out the possibility of forming a minority government once the final result comes in.

“I would of course like to form a stable government. If that cannot be done then there are other options,” he told broadcaster ORF, adding that he planned to talk to all parties in parliament but would first wait for a count of postal ballots that begins on Monday.