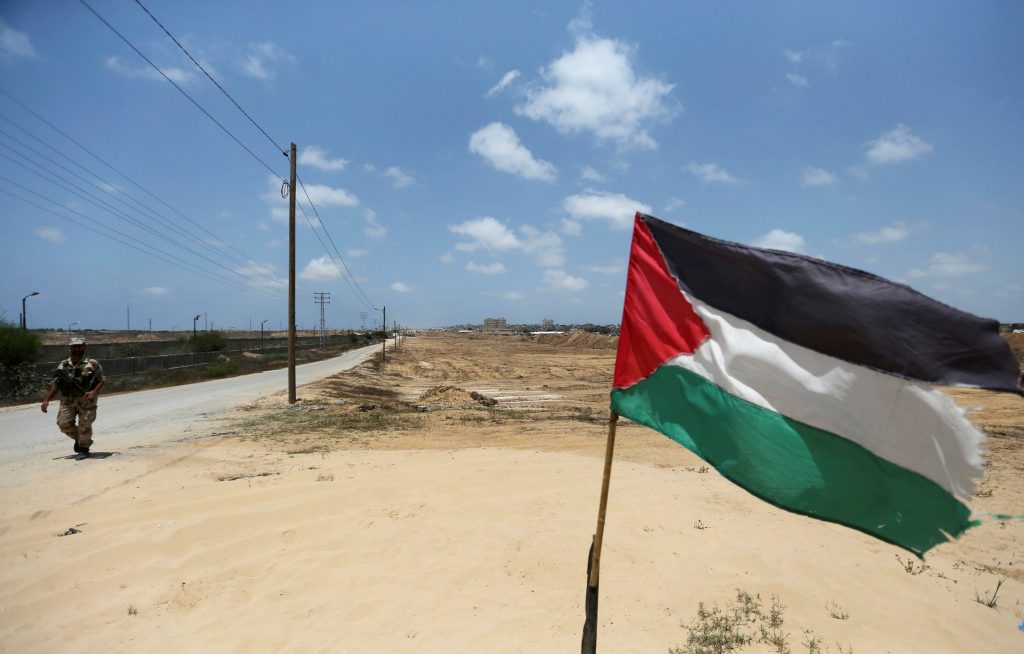 While Fatah and Hamas leaders acknowledged that many uncertainties remain to be clarified in their agreement to split civilian and military control of Gaza, Israel left no doubt that unless its political and security concerns are addressed no recognition of a new unity government will be forthcoming.

The Palestinians said they were establishing committees to iron out details about security, elections, salaries and other administrative details in this latest try at unity government, but there was little or no mention of Israel at their press conference in Cairo on Thursday.

Prime Minister Binyamin Netanyahu had his say, however. In a statement released by his office on Thursday evening, Motzoei Simchas Torah in Israel, he called attention to major issues downplayed or evaded altogether by the Palestinians at the signing ceremony:

“Any reconciliation between the Palestinian Authority (PA) and Hamas must include honoring international agreements and the Quartet conditions, first and foremost among them, recognizing Israel and disarming Hamas,” the statement said.

“Continuing to dig tunnels, manufacture missiles and initiate terrorist attacks against Israel are incompatible with the Quartet conditions and the efforts of the United States to renew the diplomatic process.

“Israel demands that these conditions be met and the immediate release of Israeli civilians Avra Mengistu and Hisham a-Said, who are being cruelly held by Hamas, and the remains of fallen IDF soldiers Oron Shaul and Hadar Goldin.

“As long as Hamas does not disarm and continues to call for the destruction of Israel, Israel holds it responsible for all terrorist actions originating in the Gaza Strip.

“Israel opposes any reconciliation that does not include these components.

“Israel insists that the PA not allow any base whatsoever for Hamas terrorist actions from PA areas in Yehudah or Shomron or from Gaza, if the PA indeed takes responsibility for its territory.”

In an online posting later, Netanyahu warned that the deal would make “peace much harder to achieve. … Reconciling with mass murderers is part of the problem, not part of the solution,” he said.

In any event, whether the deal on paper will become reality on the ground remains to be seen.

Grant Rumley, a research fellow at the Foundation for Defense of Democracies, said that the unresolved issues loom large:

“Hamas may be willing to cede more administrative control of Gaza,” he said, “but the parties have so far avoided the issues likeliest to derail the talks: namely, the relationship with Israel and what to do with Hamas’s military wing,” he was quoted by the New York Times as saying.

Palestinian political analyst Ghassan Khatib told The Associated Press that just reaching an agreement was “not good enough” and it was too early to judge the chances of implementation. “I don’t think that they have a chance of success when it comes to security and political issues,” he said.

A major sticking point has been the very issue driven home by Netanyahu’s comment: the Hamas military wing and its weapons.

Hamas has said they are not up for discussion, but has assured the Fatah negotiators that the military wing would maintain a low profile as part of any deal. It’s not clear if this will satisfy Abbas, or if the dispute will re-emerge later on.