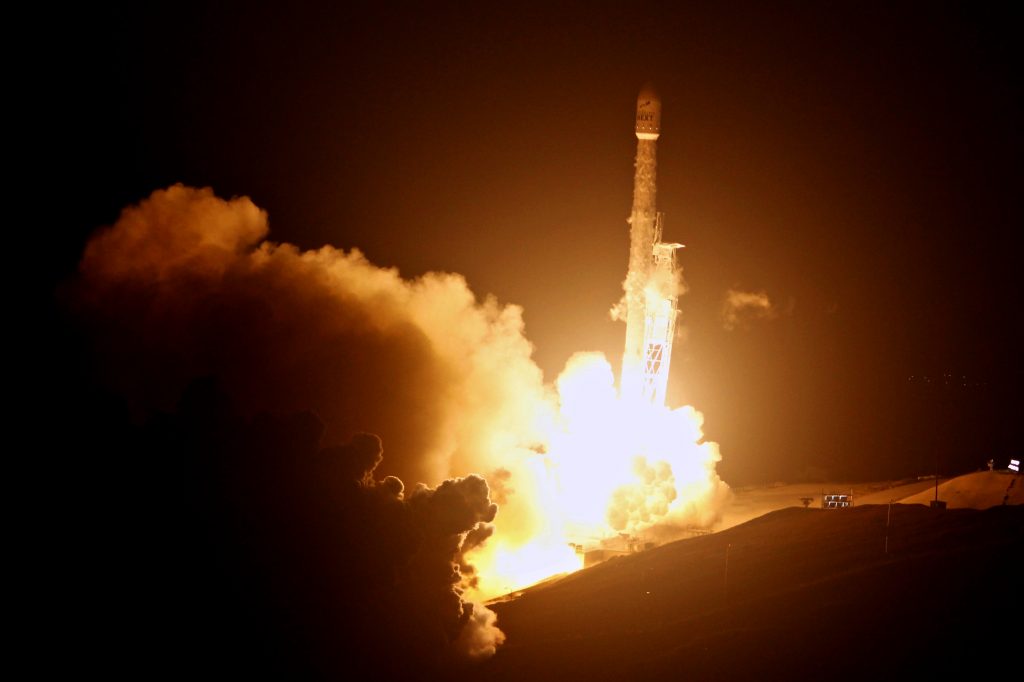 Ten new satellites for Iridium Communications Inc. have been carried into orbit by a SpaceX Falcon 9 rocket launched from California.

The booster lifted off from coastal Vandenberg Air Force Base before dawn Monday. Its first stage successfully returned from space and set down on a landing platform floating in the Pacific Ocean as the second stage went on to deploy the satellites in orbit.

It was the third successful launch in the McLean, Virginia-based company’s campaign to replace its entire globe-circling fleet with a total of 75 next-generation communications satellites. Five more SpaceX launches are expected to complete the process by mid-2018.

The old Iridium satellites are being deorbited.