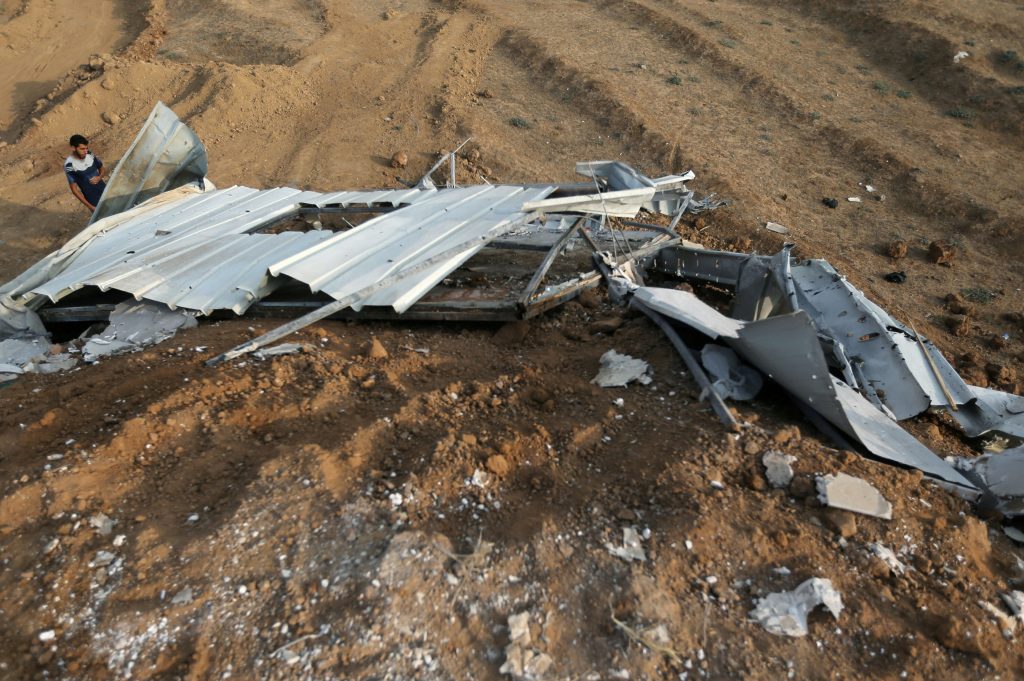 YERUSHALAYIM (Reuters) – The Israeli military said on Sunday it destroyed an outpost belonging to Hamas in the Gaza Strip on Sunday after Gaza terrorists fired a rocket toward Israel.

The rocket set off air-raid sirens in southern Israel but fell short, landing inside Palestinian territory, the Israeli military said in a statement.

“In response, an (Israeli) tank targeted and destroyed a Hamas outpost in the southern Gaza Strip,” it said.

Officials in Gaza said no one was injured when the tank shell struck a Hamas observation post near the border with Israel.

There was no immediate claim of responsibility for the Palestinian rocket fire. Israel said that it holds Hamas accountable for what happens in the territory.

The group has observed a de-facto ceasefire with Israel since a 2014 war, but small armed cells of jihadist Salafis have continued to occasionally launch rockets at Israel. When those attacks occur, Hamas usually orders its fighters to vacate potential targets for Israeli retaliation.