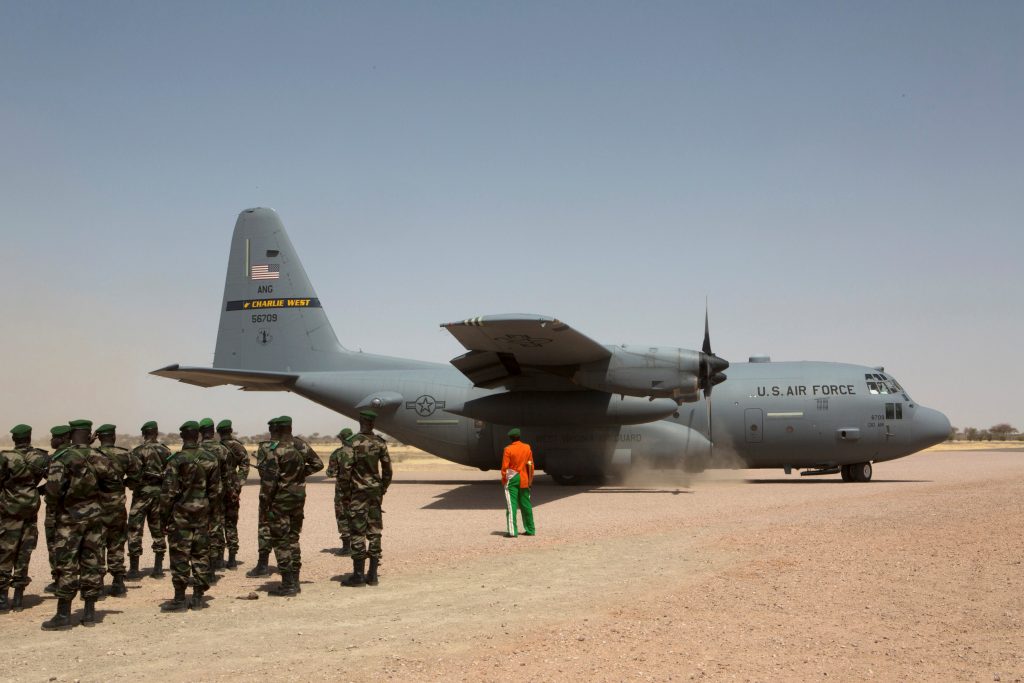 The U.S. military said on Friday that four soldiers have been killed during an attack on Wednesday in Niger, in an incident that has thrown a spotlight on the U.S. counterterrorism mission in the West African nation.

The United States had previously announced that three U.S. Army Special Forces soldiers had been killed and another two wounded when a joint U.S.-Nigerien patrol came under attack near the village of Tongo Tongo.

It did not disclose until Friday that a fourth soldier had been missing. Officials said his body was found by Nigerien forces on Friday morning near the site of the ambush, ending an extensive rescue and recovery mission.

No group has taken responsibility for the killings, although officials, speaking on condition of anonymity, say the United States suspects a local branch of Islamic State was responsible.

The U.S. military’s Africa Command declined to publicly name any group but said the American military would hunt down the terrorists.

“Absolutely, we are resolved and stalwart in our efforts to go after those who attacked this joint patrol of Nigerien and U.S. forces,” said Army Colonel Mark Cheadle, a spokesman for the U.S. military’s Africa Command.

From initial accounts, the 40-member patrol, which included about a dozen U.S. troops, came under a swift attack by militants riding in a dozen vehicles and on about 20 motorcycles.

Jihadists have stepped up attacks on U.N. peacekeepers, Malian soldiers and civilian targets since being driven back in northern Mali by a French-led military intervention in 2013.

President Donald Trump and French President Emmanuel Macron discussed joint counterterrorism operations in the Sahel to defeat al-Qaida and other terrorist groups during a call on Friday, the White House said.

Cheadle said the U.S. and Nigerien troops had been meeting with local leadership at the time of the attack, in what had been seen as a relatively lower-risk endeavor for America’s elite commandos.

There was not even any armed air cover at the time that could carry out air strikes if necessary.

“It was not meant to be an engagement with the enemy. It was meant to establish relations with the local leaders and the threats at the time were deemed to be unlikely, so there was no overhead armed air cover during the engagement,” he said.

Cheadle acknowledged that loss of elite U.S. forces would trigger a review of how the U.S. military carries out operations but did not suggest any move to scale back the American mission.

The U.S. military on Friday published the names of the three Army Special Forces soldiers from 3rd Special Forces Group (Airborne) who were killed when their reconnaissance patrol with Nigerien forces came under fire.

The U.S. military said it had surged resources to Niger to try to locate the missing American soldier. Cheadle said that included U.S. fighter jets, helicopters and surveillance assets.

“There was a full-court press,” he said.