World UN: More Should Have Been Done to Fight Cholera in Yemen
World 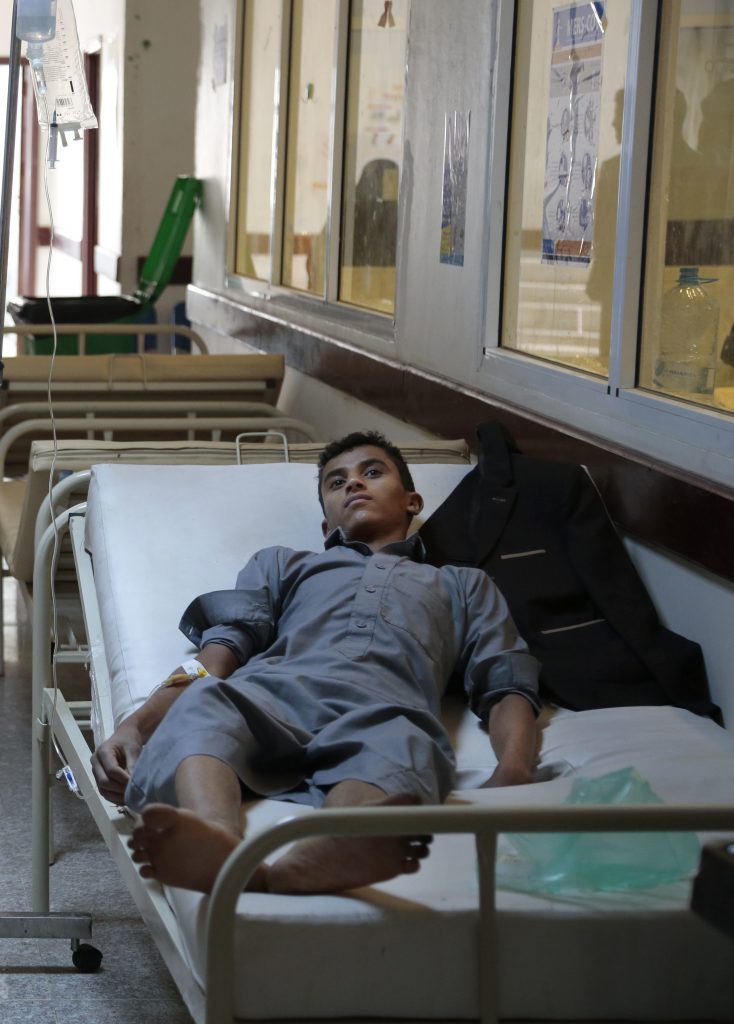 The World Health Organization’s emergencies chief says the agency could have acted faster and sent more vaccines to fight a massive, deadly surge of cholera cases in war-battered Yemen this year.

Dr. Peter Salama still expressed optimism that “we are turning (the) corner” on the preventable, waterborne disease that has topped 700,000 suspected cases and caused more than 2,000 deaths this year.

Salama spoke to reporters Tuesday as the U.N. agency and its partners laid out ambitious projects to reduce the number of annual cholera deaths by 90 percent by 2030.

The goal is just the latest among the WHO’s attempts to wipe out or sharply reduce major diseases. Similar efforts already exist for diseases including polio, guinea worm, malaria and measles. To date, only smallpox has been eradicated from the planet.

India and countries in sub-Saharan Africa face long-term challenges to fight cholera. Places like war-torn Yemen or Bangladesh, which has taken in more than 500,000 Rohingya Muslim refugees from Myanmar, are facing less predictable situations.

WHO officials announced plans Friday to send 900,000 doses of cholera vaccine to Bangladesh to help stave off a possible outbreak among the Rohingya Muslims who have fled violence at home. Salama said a vaccination campaign in Bangladesh will start in the next two weeks.

In Yemen, the country’s 2-1/2-year war has devastated the health system and public services and put the country on the brink of famine. Yemen had been set to receive a million doses of cholera vaccine over the summer but the government opted not to take them.

Salama said the Yemen government said it didn’t believe that would be enough.

“Could WHO and the cholera-specific partners have scaled up more quickly the case-management work, and could we have tried to mobilize more doses for cholera vaccine given the very limited supply globally of cholera vaccine? I think so — yes,” Salama said.

He added that allowing cholera to persist in poor countries was a “moral” issue, noting that developed countries eliminated the disease a century ago.

But WHO and its partners acknowledged that major problems remain in the fight against cholera, including the poor surveillance of it. Countries are often reluctant to report cholera since it has trade and travel implications.

In addition, the number of people worldwide with access to clean water and sanitation — important tools in the fight against the disease — has gone down rather than up in recent years.