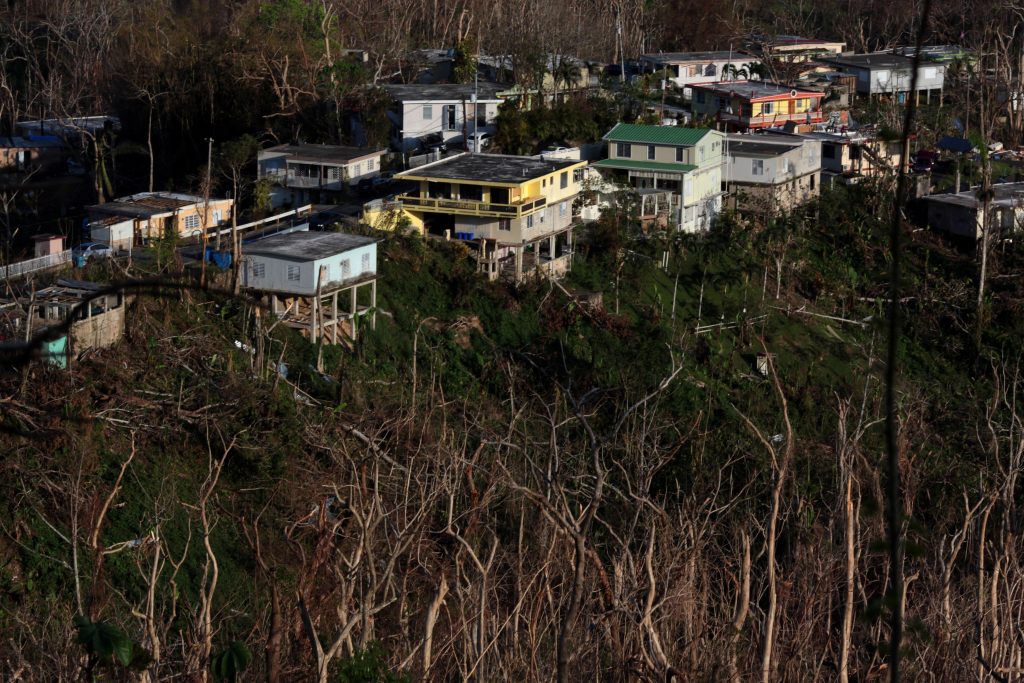 President Donald Trump is heading to San Juan on Tuesday to meet with some of the 3.4 million Puerto Ricans struggling to recover from Hurricane Maria, as criticism that the federal government’s response has been sluggish continues.

The president is expected to spend more than five hours on the island, meeting with first responders, local officials and some of the residents struggling to recover from a hurricane that, in Trump’s words, left the island U.S. territory “flattened.”

“There’s nothing left. It’s been wiped out,” Trump said last week. “Nobody has ever seen anything like it.”

The trip will be Trump’s fourth to a region battered by storms during an unusually violent hurricane season that has also seen parts of Texas, Florida, Louisiana and the U.S. Virgin Islands inundated by floodwaters and whipped by winds.

President Trump and First Lady Melania Trump are scheduled to attend briefings and meet with Gov. Ricardo Rosselló, as well as the governor of the U.S. Virgin Islands. They’ll also meet with Navy and Marine Corps personnel on the flight Deck of the USS Kearsarge.

Even before the storm hit on Sept. 20, Puerto Rico was in dire condition thanks to a decade-long economic recession that had left its infrastructure, including the island’s power lines, in a sorry state. Maria was the most powerful hurricane to hit the island in nearly a century and it unleashed floods and mudslides that knocked out the island’s entire electrical grid and telecommunications, along with many roads.

Nearly two weeks later, 95 percent of electricity customers remain without power, including some hospitals. And much of the countryside is still struggling to access basic necessities, including food, fresh water and cash.

President Trump and other administration officials have worked in recent days to reassure Americans that recovery efforts are going well and to combat the perception that the president failed to fully grasp the magnitude of the storm’s destruction in its immediate aftermath.

“The top priority for the federal government is certainly to protect the lives and the safety of those in affected areas and provide life-sustaining services as we work together to rebuild their lives,” she said.

While early response efforts were hampered by logistical challenges, officials say that conditions, especially in the capital, have improved.

According to the Federal Emergency Management Agency (FEMA), there are now more than 10,000 federal officials on the ground on the island, and 45 percent of customers now have access to drinking water. Businesses are also beginning to reopen, with 60 percent of retail gas stations now up and running.

For many, however, that isn’t enough. On Monday, the nonprofit Oxfam announced that it would be taking the rare step of intervening in an American disaster, citing its outrage over what it called a “slow and inadequate response.”