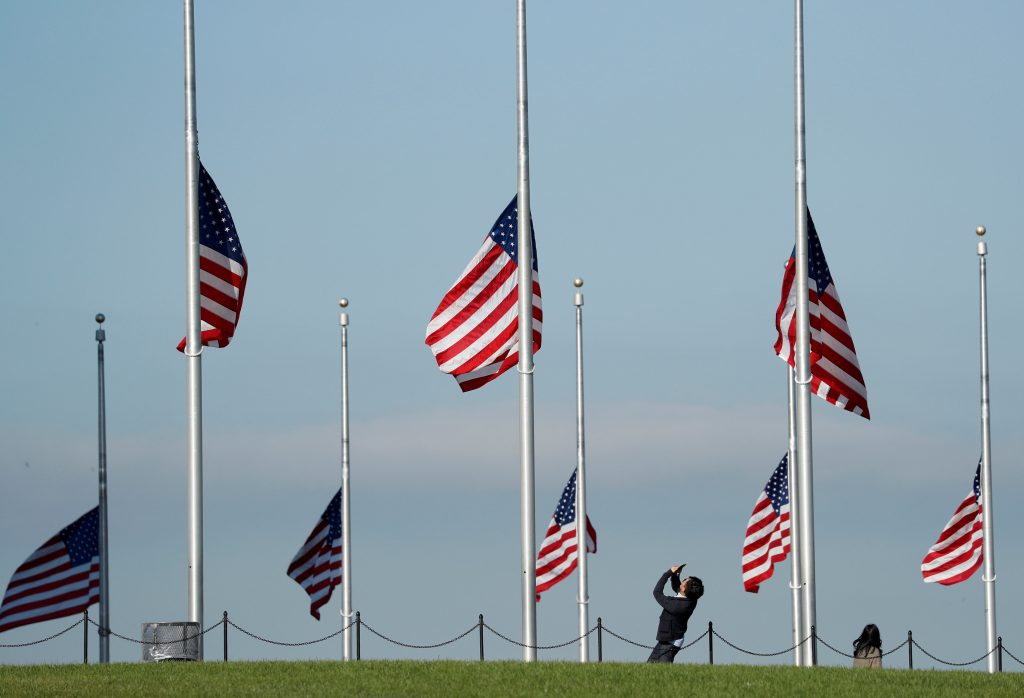 President Donald Trump on Tuesday called the gunman who killed 59 people and wounded hundreds others at a music festival in Las Vegas a “very, very sick individual.”

President Trump spoke to reporters as he departed for a trip to hurricane-ravaged Puerto Rico. He called the gunman “demented” and said “we’re looking into him very seriously.”

Trump has labeled the Sunday night shooting at an outdoor music festival an “act of pure evil” and declared the nation would unite behind the survivors.

Donald Trump, who owns a hotel in Las Vegas, told associates that he feels deep ties to the city. He said in public that his visit would be “a very, very sad moment for me … for everybody no matter where you are, no matter what your thought process.”

The president has received periodic briefings on the shooting while also monitoring the coverage on cable news.

Like presidents before him, Mr. Trump marked the Las Vegas shootings by ordering the American flags at all public buildings across the nation flown at half-staff, and he himself observed a moment of silence on the White House lawn.