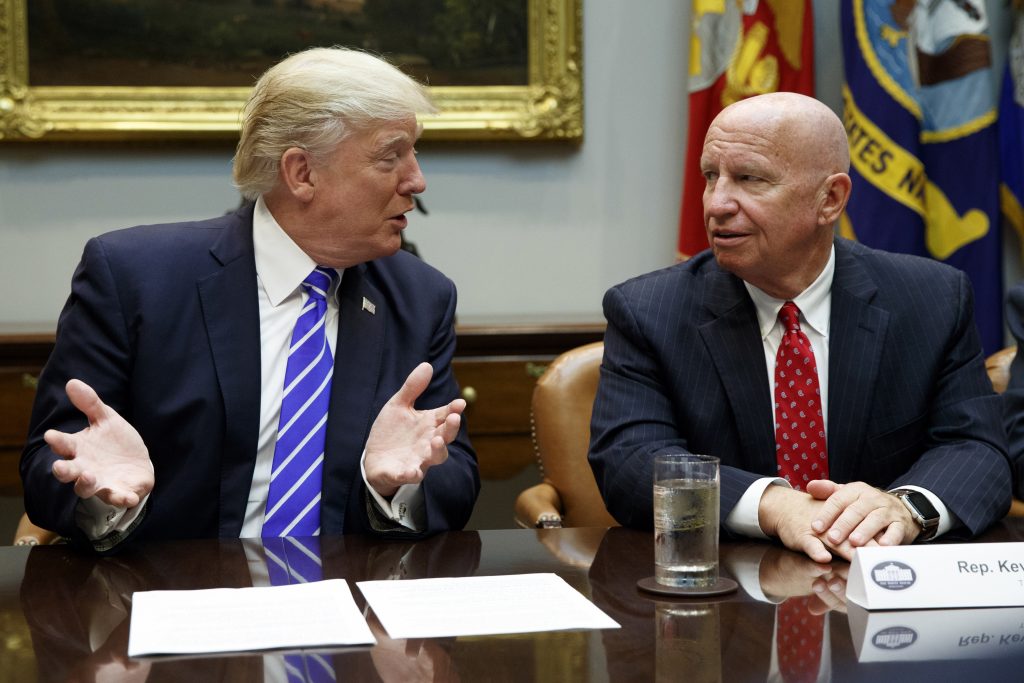 Homeowners would be forced to choose between two popular tax deductions for local property taxes or mortgage interest under a potential compromise that House Republicans are considering as they craft the evolving tax revamp.

The nearly $6 trillion tax overhaul plan being pushed by President Donald Trump and Republican leaders in Congress promises to retain the deduction of mortgage interest from federal income taxes — a cherished tax break used by about 30 million Americans that supporters say is a catalyst to home ownership.

Republicans in high tax states such as New York, New Jersey and California are balking at the proposal from President Donald Trump and Republican leaders to eliminate the federal deduction for state and local taxes, fearing the economic impact on their constituents.

The possible deduction tradeoff is among several compromises being floated by Republican lawmakers to gain the support of their defecting colleagues from high-tax states. Their opposition threatens to derail tax legislation that’s seen as a political imperative for Republicans and President Donald Trump.

“It looks like we’re going to have some compromise” on state and local tax deductions, Collins said Tuesday at the Capitol. “I am confident there will be an accommodation for the high-tax states.”

Other possibilities discussed included “some either-ors” like the home deduction tradeoff and “maybe some capping,” Collins said. That could mean limiting the amount homeowners could deduct on their local property taxes, for example, to correspond with a maximum $1 million of the home’s value, he suggested. Or further reducing the cap on the federal mortgage interest deduction, which currently allows homeowners to deduct interest on up to $1 million in mortgage debt.

Changes like those “would take the argument that this is a tax cut for the rich off the table,” Collins said.