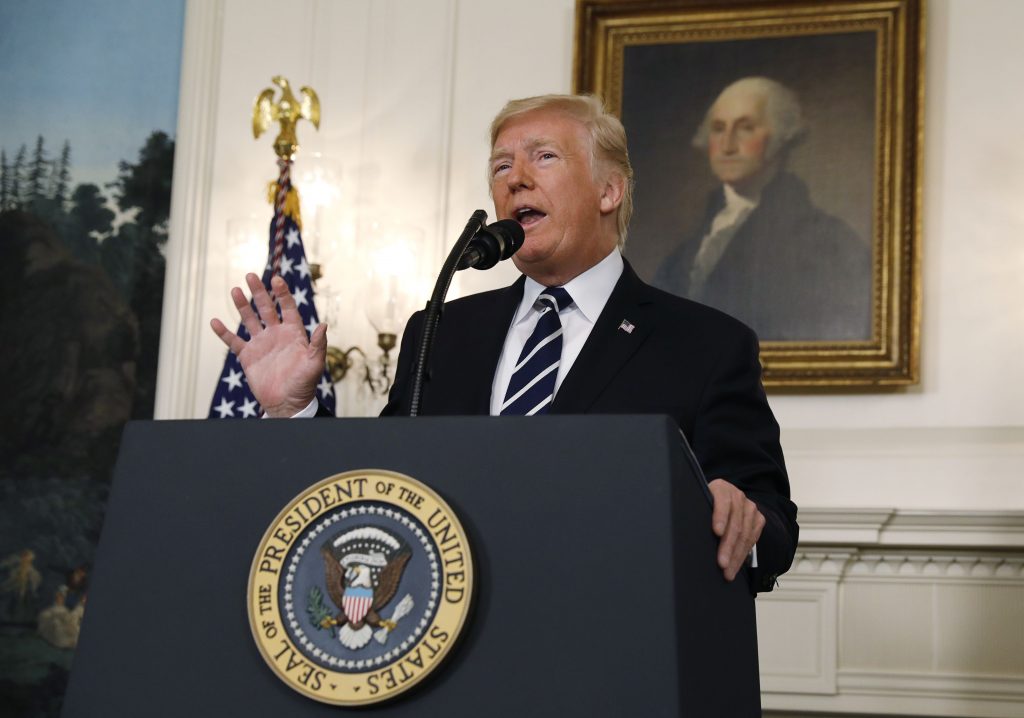 President Donald Trump on Monday condemned the Las Vegas massacre, the largest mass shooting in modern U.S. history, as an “act of pure evil,” and said the nation was “joined together in sadness, shock and grief.”

Speaking slowly and somberly from the White House, Trump declared that the nation would rally together in the face of the latest act of senseless violence.

In the measured statement, Trump did not describe the gunman in any way or suggest any possible motivation or affiliation. He praised the first responders, who he said prevented further loss of life, and said he would visit Las Vegas on Wednesday. He offered condolences to the families of those killed, saying “We cannot fathom their pain. We cannot imagine their loss.”

He also ordered that the American flag at the White House and at all public buildings across the nation be flown at half-staff.

Trump spoke hours after a gunman on the 32nd floor of a Vegas Strip casino unleashed a hail of bullets on an outdoor country music festival below, killing dozens and injuring hundreds.

Trump, who quoted from Scripture and invoked G-d several times, said he prays for the day when the “innocent are safe from hatred and from fear.”

“At times such as these I know we are searching for some type of meaning in the chaos, some kind of light in the darkness. The answers will not come easy,” the president said.

White House spokeswoman Sarah Huckabee Sanders said that officials “are monitoring the situation closely and offer our full support to state and local officials.” She said that the president had spoken to the governor of Nevada, the mayor of Las Vegas and the city’s sheriff.

The Homeland Security Department said there was no “specific credible threat” involving other locations.