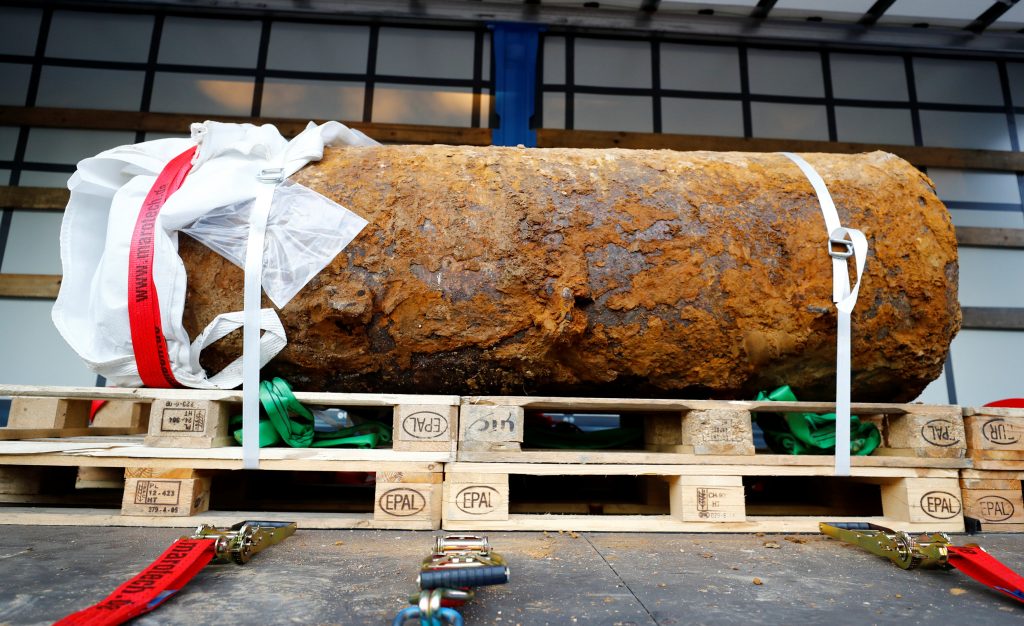 Police ordered the immediate evacuation of part of southern Berlin and imposed temporary road, rail and metro closures after building workers unearthed an unexploded World War Two bomb on the site of a former railway siding.

Bomb disposal experts were due to move into place once the area, a radius of 500 meters around the 250kg bomb in the southern borough of Schoenberg, had been evacuated, Berlin police said in a tweet.

Large parts of Berlin were all but levelled in the final days of the war when British and U.S. bombers pounded the city to ease the path of the encircling Russian armies that brought an end to Adolf Hitler’s Nazi regime.

Some 60,000 people were evacuated from their homes in Frankfurt earlier this year after a massive bomb, dropped by Britain’s Royal Air Force, was unearthed.

British and American warplanes pummeled the country with 1.5 million tonnes of bombs that killed 600,000 people. Officials estimate that 15 percent of the bombs failed to explode, some burrowing 20 feet deep.

Three police explosives experts in Goettingen were killed in 2010 while preparing to defuse a 1,000 lb bomb.