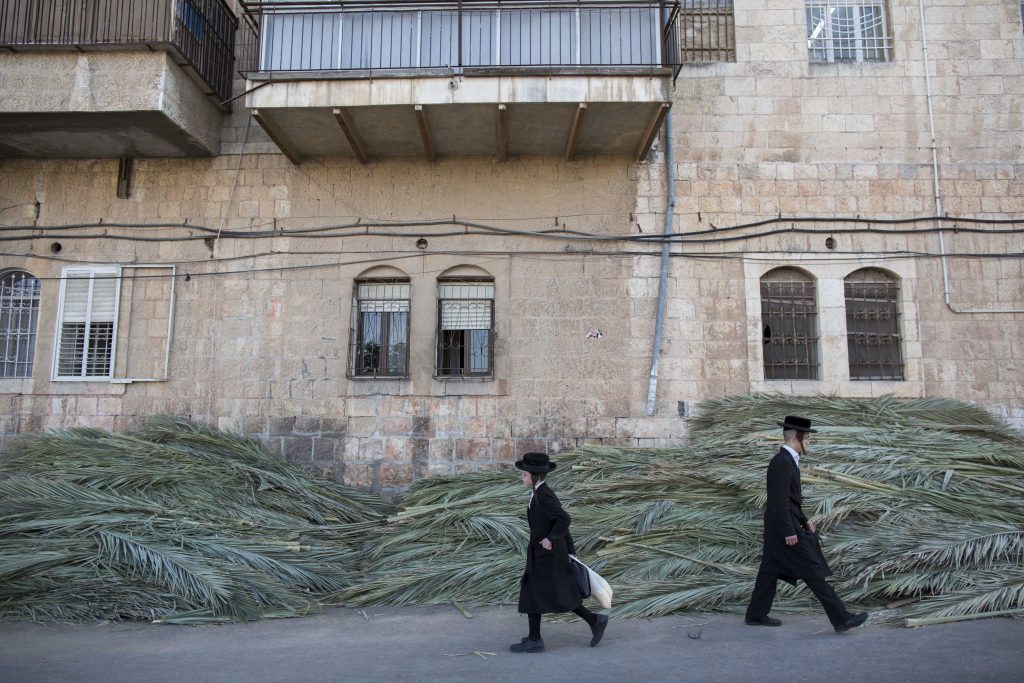 An old Israeli tradition sees local authorities and municipalities cut the branches of palm trees, leaving them in piles for residents, who collect them for use as s’chach for their sukkos. This year, however, residents of some towns – most notably Rishon LeTzion – won’t find too much of the free, fresh-cut s’chach this year, because of a small pest that attacks freshly cut palm trees.

According to agronomists, Israel this year is facing an invasion of palm weevils, a small beetle-like creature that bores into the tops of palm trees. They are especially attracted to mature trees that have been shorn of their palm leaves. Unfortunately, their establishing a nest in a palm tree means certain death for that tree. The problem has been brewing for years, but this year has turned into a “true plague,” Agriculture Ministry officials said.

In the face of the invasion, the Agriculture Ministry has instructed local authorities that still wish to trim their palm trees to thoroughly spray both the cut leaves and the trees themselves with pesticides. A better strategy, the Ministry said, would be not to cut the trees at all while efforts are made to remove the pest from the Israeli ecosystem.

Rishon LeTzion announced Sunday that it would follow that latter suggestion, and more municipalities are expected to do so this week, as preparations for Sukkos get into high gear.

“It’s a wonderful tradition that really gives a feeling of the atmosphere of Sukkos, but unfortunately we have to hold it up this year in order to enable trees to recover from the problems of previous years, with this pest nearly destroying our palm trees,” according to Dov Zur, a spokesperson for the Rishon LeTzion municipality. “I hope we will be able to resume the tradition next year.”