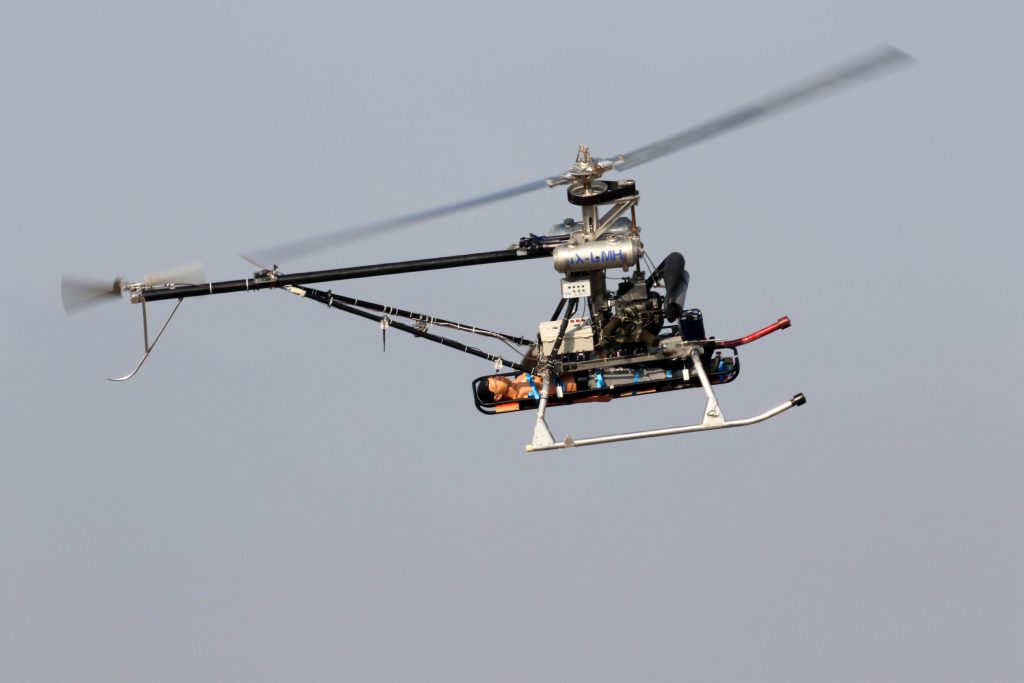 A new unmanned helicopter developed by Israel Aerospace Industries’ (IAI) Unmanned Systems department could help save injured soldiers or civilians, as well as bring supplies or reinforcements to stranded individuals until rescue services can reach them, the company said Monday. IAI officials recently demonstrated the Air Hopper to Defense Ministry officials in two scenarios, to the satisfaction of those attending the demonstrations.

The Air Hopper succeeded in both scenarios, the IAI said. One simulated carrying a seriously-wounded soldier to an extraction point for life-saving treatment, airborne monitoring of vital signs and real-time dispatch to the ground. The second scenario simulated carrying logistic supplies to an isolated force at the front line, which could not be accessed otherwise without risking more troops. The Air Hopper can be equipped with a stretcher or with cargo and is strong and heavy enough to carry significant loads, the company said.

Essentially an unmanned helicopter, the Air Hopper is based on a small, manned helicopter with a payload of 100-180 kg (depending on the model), flight time of two hours and speed of up to 120 kilometers per hour. The Air Hopper runs on an internal combustion engine which uses ordinary, 95-octane fuel and its price is considerably lower than that of a manned transport helicopter. This allows procurement of multiple unmanned helicopters to achieve flexible deployment and low-cost provisioning to the front lines while significantly mitigating the risk to human lives, IAI said.

The Air Hopper, said Shaul Shahar, Corporate V.P. and General Manager, IAI Military Aircraft Group said, was “an important milestone for IAI in the world of unmanned vehicles, developing the future battlefield and in offering optimal unmanned operational solutions that minimize the risk to human lives as much as possible. I believe these developments will open many doors for us in local and global markets, military and civilian alike.”