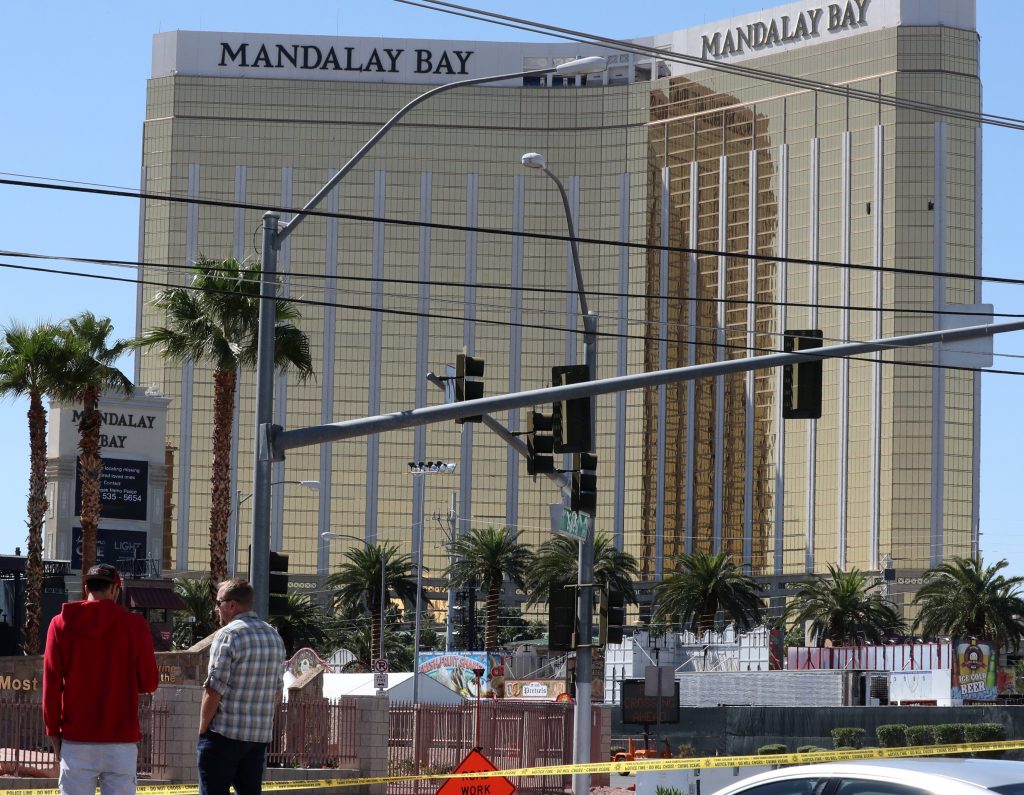 It wasn’t the hundreds of muzzle flashes that exploded from the shooter’s automatic rifles that gave away his position.

Nor was it the panicked 911 calls from people reporting the rhythmic thundering of gunfire.

It was the smoke.

As the gunman, identified as Stephen Paddock, set off round after round, gun smoke filled his room on the 32nd floor of the Mandalay Bay hotel, said Randy Sutton, a retired lieutenant with the Las Vegas Metropolitan Police Department, citing police sources.

The SWAT team used the alarm triggered by the smoke to zero in on Paddock’s position in about 20 minutes, not nearly enough time for a floor-by-floor search of the hotel, which has 3,309 rooms and a 135,000-square-foot casino.

After they located his room, the SWAT team members used explosives to get inside, the sheriff’s office said. Paddock, 64, killed himself before the officers entered, according to Las Vegas Sheriff Joe Lombardo.

It was too late. Paddock had already killed 50 people and injured more than 400 at the Route 91 Harvest Festival, where 22,000 country music lovers had gathered.

It has been deemed the worst mass shooting in modern U.S. history.

Paddock’s room had a bird’s-eye view of the concert grounds.

“He rained down … on those people,” Sutton told The Washington Post. “Hundreds of rounds. The sheriff said that there were several firearms found in the room. He was extremely well armed. He must have brought plenty more ammunition, already loaded into magazines.”

Police believe Paddock had been staying at the Mandalay Bay hotel since Thursday, concealing a cache of automatic weapons.

It does not take long for the smoke from a fired round to fill a room, especially a small one without any ventilation.

“Each shot fired releases a small quantity of harmful dust and gases,” according to guidelines from the National Air Filtration Association.

Gases and particulates can build up even in firing ranges where there is appropriate ventilation, sparking concerns that officers could be sickened during training.