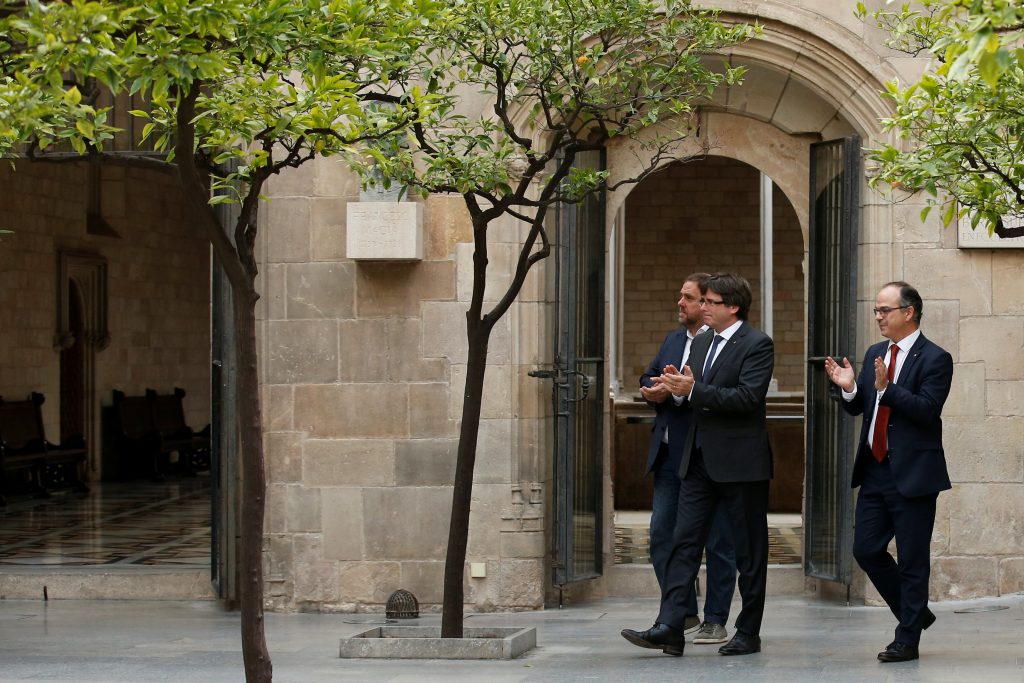 The European Commission called on Spain to open dialogue with Catalonia on Monday, saying violence was no solution but also calling for unity and backing Spanish Prime Minister Mariano Rajoy’s leadership in what was an “internal matter.”

“We call on all relevant players to now move very swiftly from confrontation to dialogue. Violence can never be an instrument in politics,” the EU executive’s chief spokesman Margaritis Schinas told a daily Commission news briefing after violent scenes during an independence referendum in the region which the Madrid government and courts ruled unconstitutional.

Also condemning “divisiveness and fragmentation,” he added that Commission President Jean-Claude Juncker and Spanish Prime Minister Mariano Rajoy would speak later in the day. Their staffs had been in contact over the weekend.

Schinas declined to comment on whether the “violence” the EU was condemning was that inflicted by Spanish police. He also called for “unity and stability” at a time when Catalan leaders are considering a unilateral declaration of independence.

The Commission reiterated a standing policy that were Catalonia to secede – in agreement with Madrid – it would have to leave the EU and could apply to rejoin. Without such agreement from Madrid, the EU would not recognize the move.

“Under the Spanish constitution, yesterday’s vote in Catalonia was not legal,” the Commission statement said. “For the European Commission, as President Juncker has reiterated repeatedly, this is an internal matter for Spain that has to be dealt in line with the constitutional order in Spain.”

“We also reiterate the legal opinion held by this Commission as well as by predecessors, namely that if a referendum were to be organized in line with the Spanish constitution it would mean that the territory leaving would find itself outside the European Union,” Schinas said.

“Beyond the purely legal aspects of this matter, the Commission believes that these are times for unity and stability, not divisiveness and fragmentation.”

“We trust the leadership of Prime Minister Mariano Rajoy to manage this difficult process in full respect of the Spanish constitution and of the fundamental rights of citizens enshrined therein.”