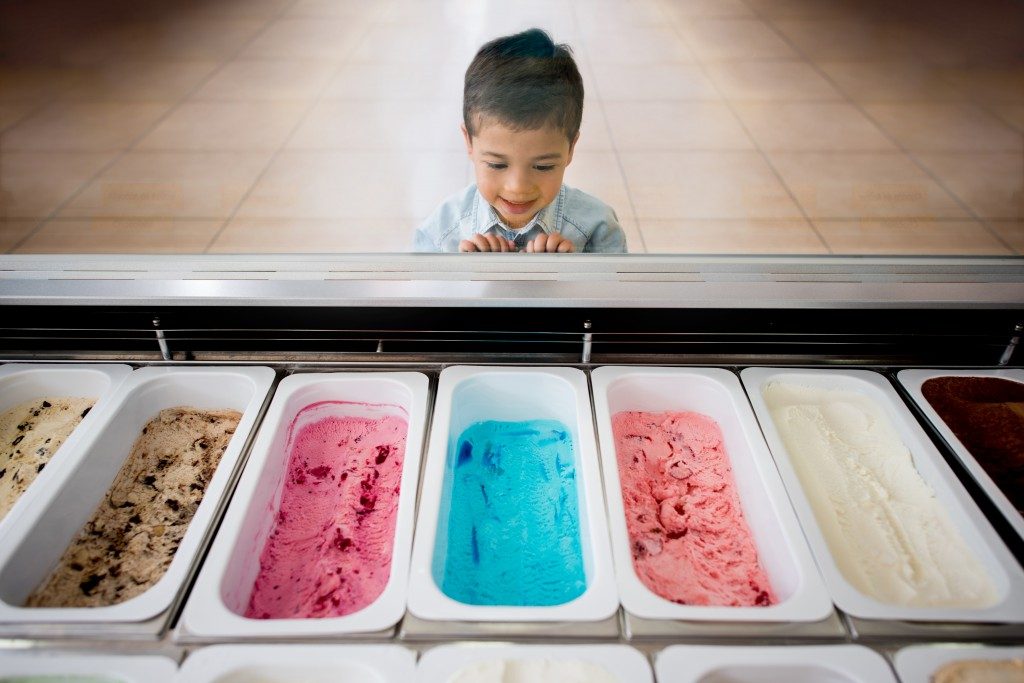 It made many people very happy.

“It” being the report widely circulated over recent weeks that an ice cream breakfast will make you smarter.

The claim first appeared on a Japanese news site, citing a study by Professor Yoshihiko Koga at Tokyo’s Kyorin University. According to the story, Professor Koga found that people who ate ice cream for breakfast had faster response times and more brainwave activity than a control group. “Break out the Klein’s!” was my personal brain’s first, spirited reaction.

The wonderful news, which, of course, runs counter to virtually everything nutritionists believe about a healthy first meal of the day, made its way to the British newspaper The Telegraph and, from there, to media like Newsweek, CBS broadcasts and The Washington Times.

Before you plan on a scoop of mint chocolate chip to start tomorrow, though, please note that the control group didn’t eat a “normal” breakfast. In fact, its members didn’t eat breakfast at all. So, playing Sherlock Holmes, we might suspect that the reason the ice cream eaters did better was because they actually ate breakfast (and sugar, which in excess contributes to a host of serious medical problems, indeed provides at least a short-lived boost to brain function).

The original report of the study, by the way, mentions, en passant, that the research was conducted in partnership with an unnamed sweets company. Watson, I believe we have a motive.

Less mouth-watering and more potentially dangerous than even excessive consumption of sugar was some other material disseminated last year but whose extent has only recently come to light.

Back in June, former F.B.I. director James B. Comey testified before the Senate Intelligence Committee that there was “massive” Russian interference in last year’s presidential election. “There should be no fuzz on this whatsoever,” he declared. “The Russians interfered in our election during the 2016 cycle. They did it with purpose. They did it with sophistication. They did it with overwhelming technical efforts.”

Among those efforts, it is now known, thanks to an investigation by The New York Times and research from the cybersecurity firm FireEye, that last year a Russian-controlled cyberarmy of impostors created counterfeit social media accounts aimed at influencing the election.

The Russian information attack included the hacking and leaking of Democratic emails, and a torrent of stories, true, false and in-between in Russian media like cable channel RT (“Russia Today”) and the news agency Sputnik.

More insidious still was Russia’s hijacking of American social media to present information, and misinformation, behind cybermasks. Electronic means used by millions were repurposed as engines of deception and propaganda.

Take Melvin Redick of Harrisburg, Pa., for example. In his photo, he smiled broadly, wore a backward baseball cap and held a young child on his lap. He urged others to check out a brand-new website.

“These guys show hidden truth about Hillary Clinton, George Soros and other leaders of the U.S.” he wrote on June 8, 2016. “Visit…. [a website]. It’s really interesting!”

Mr. Redick, however, doesn’t exist. His ostensible photo was in fact of an unsuspecting Brazilian, “borrowed” without permission. The site purporting to be his was linked to the Russian military intelligence agency.

It supplied private information stolen by hackers and presented to discredit the Clinton campaign and its supporters.

Elections, alas — I hope you’re sitting down — are less influenced by intelligent analyses of issues and candidates’ records and statements than they are by selective information, real or otherwise, in context or out of it, offered to the public in a way that stirs bile, not brains.

So, whatever the truth, or truthiness, of the material that was proffered by the non-existent Mr. Redick and literally thousands of thousands of social media ads devoid of context and promoting divisive social and political messages over the course of the months leading up to the election, the meddling of a foreign (and far from benign) power is meaningful.

Chazal teach that, when the “footsteps” of Moshiach are close, ha’emes tehei ne’ederes, “truth will go missing” (Sotah 49b).

The contention that ice cream is a good breakfast idea is a relatively easy untruth to discern. That a supposed person is in fact not a person at all, or that purported “news” media are in cahoots with a foreign autocrat, a good deal less so.

So, as you sit down, I hope, to a healthy breakfast tomorrow, ponder the fact that today, in news as in the marketplace, caveat emptor, let the consumer be aware.