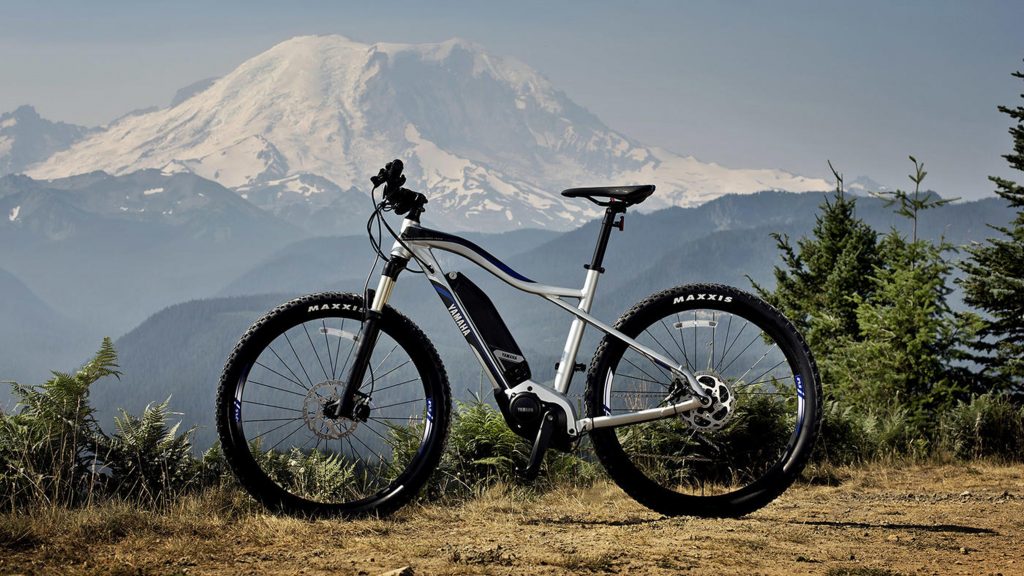 The Japanese giant, which manufactures everything from motorcycles and musical instruments to personal water scooters and motorboats, will begin selling Yamaha Power Assist Bicycles through U.S. dealers in 2018.

Yamaha has been in the e-bike business for decades, as a designer and builder of electric bicycle power trains. The company said it has produced more than 4 million drive units for other brands.

These will be the first Yamaha bicycles sold in the U.S.

“The U.S. electric bicycle market is growing, and we see an opportunity for Yamaha to enter with our long history of power assist bicycle innovation,” said Rob Trester, a business development executive with the company. “Yamaha has been studying the market closely, and we see a strong growth trend.”

Four prototype bikes, shown at the annual Interbike cycling convention earlier this month in Las Vegas, will be offered to retailers. The production models will wear the traditional Yamaha tuning fork emblem, which harkens back to the company’s roots in musical instruments.

They are the UrbanRush, YDX-TORC, CrossCore and CrossConnect, and run the gamut from sleek racing bike to mountain bike to street cruiser.

Power-assist bikes typically use an electric motor and on-board electric battery to add propulsion to the traditional pedal-and-chain system. The power can be turned on or off, and dialed low to high, depending on how much energy the rider desires to use.

In most jurisdictions, the bikes are limited to 20 mph. Many can be ridden up to 50 miles before running out of electricity and can be recharged in two to four hours. In price, they run from several hundred dollars to many thousands.

Although electric-assist bicycles are popular in Europe and Asia, they have been slower to catch on in the U.S.

A recent report from the consulting firm eCycleElectric said that approximately 250,000 e-bikes were sold in America last year, representing 70 percent growth over 2015. Other estimates suggest the business could double again this year.

But Harlan Flagg, a veteran electric bicycle and motorcycle retailer who owns the popular shop Hollywood Electrics, said the newcomers may be late to the game.

“Yamaha is a well-known and respected brand, but the market is already pretty saturated with manufacturers,” Flagg said. “This is a very competitive space. The opportunity for a manufacturer to have a huge impact has probably passed.”