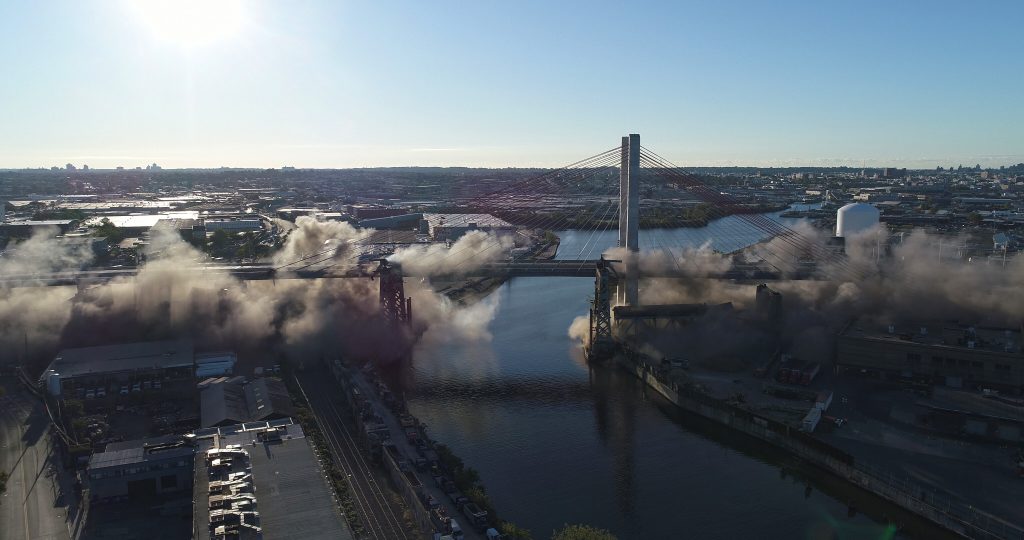 Talk about going out with a bang.

The old Kosciuszko Bridge between Brooklyn and Queens was brought down on Sunday morning with a controlled demolition.

The eastbound span of the new Kosciuszko Bridge opened in April. The second span is scheduled to be finished by 2020.

The old Kosciuszko Bridge opened in 1939. It’s named for Tadeusz Kosciuszko, a military engineer from Poland who came to fight for the independence of the American colonies.

A portion of the bridge was lowered onto barges and taken away to be recycled in July.