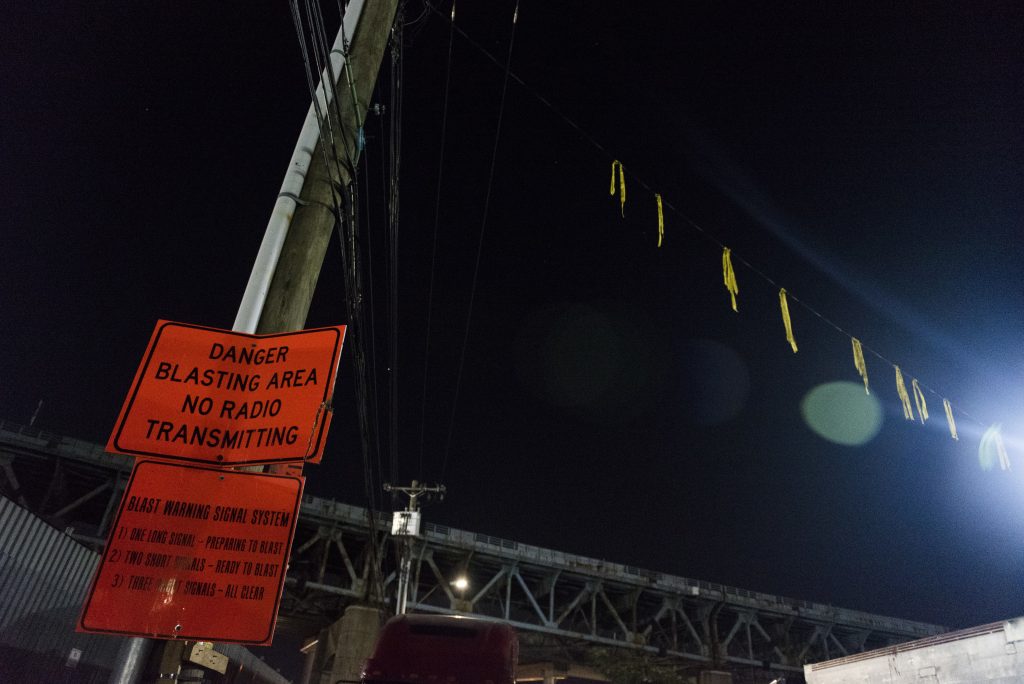 The state Department of Transportation says the Kosciuszko Bridge will be closed from 7:45 to 8:15 a.m. Sunday.

Officials say roads leading to the bridge will be closed at 4 a.m. and reopened at 9:30 a.m.

Traffic on the Brooklyn-Queens Expressway will be stopped five to 10 minutes before the demolition starts and should resume shortly after the process has been completed.

The eastbound span of the new Kosciuszko Bridge opened in April. The second span is scheduled to be finished by 2020.

The old Kosciuszko Bridge opened in 1939.

A portion of the bridge was lowered onto barges and taken away to be recycled in July.