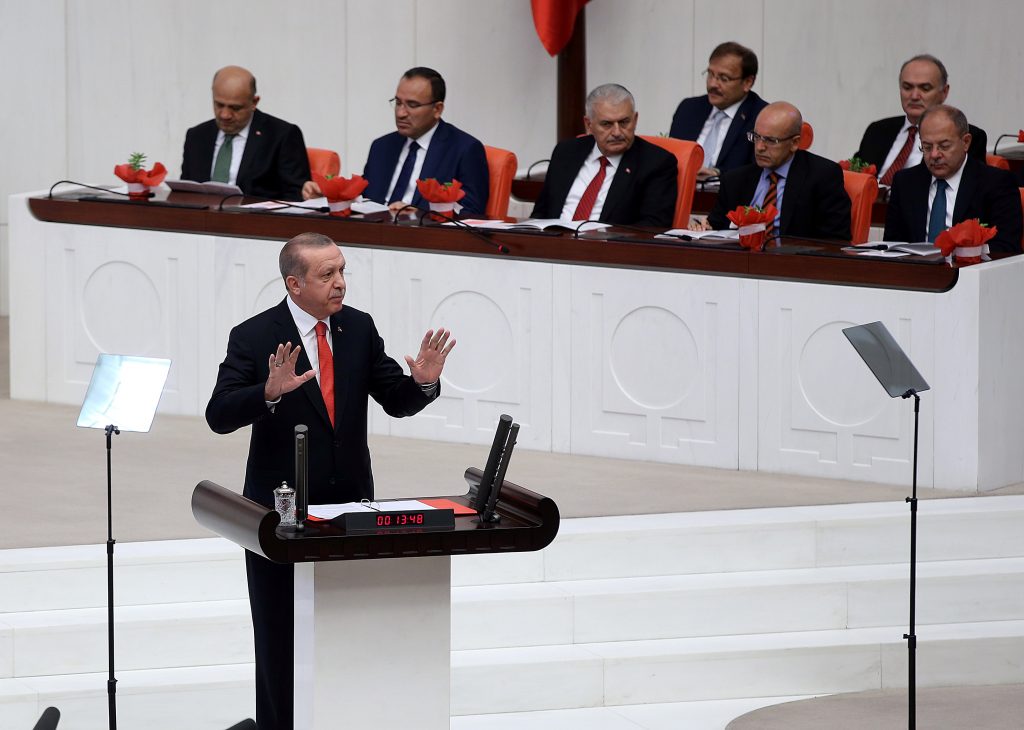 “Regarding recent remarks about Israel and the people in Kurdistan, in the Kurdish area: I understand why those who support Hamas and want to see the Mossad everywhere that is uncomfortable for them, but Israel had no part in the Kurdish referendum, apart from the deep, natural sympathy that the people of Israel have had for many years for the Kurdish people and their aspirations,” Netanyahu told the weekly cabinet meeting.

In his second attack on Israel over the Kurdish issue within several days, the Turkish leader commented on the waving of Israeli flags at Kurdish rallies:

“This shows one thing — that this administration (in northern Iraq) has a history with Mossad; they are hand-in-hand together,” he said.

“Are you aware of what you are doing?” Erdogan said in an appeal to Iraqi Kurdish leaders. “Only Israel supports you.” Turkey has threatened to send troops into the area to suppress the Kurds.

“If Israel does not reconsider its support for Kurdish independence, Turkey will not be able to take many steps we would have with Israel, too,” he said.

Since then, Netanyahu imposed a ban against government officials speaking about the Kurdish matter, but decided to answer the latest remarks, though he avoided naming Turkey. Still, it was obvious that the reference was to Turkey, which also supports Hamas.