Israel Out of Funds and Friends, Hamas Patches Up With Fatah
Israel 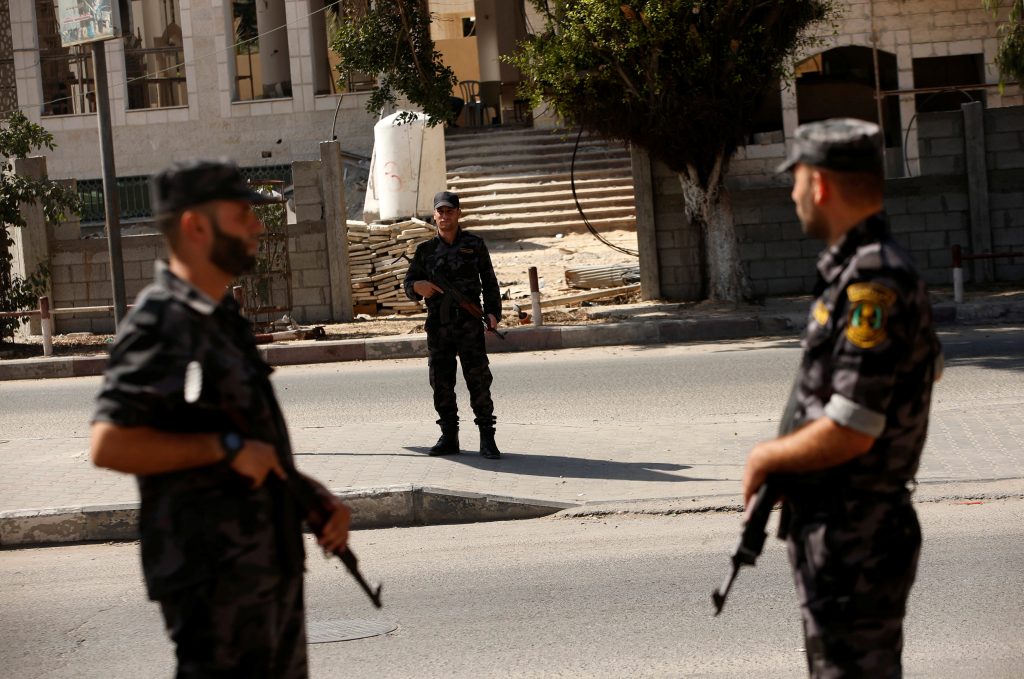 Hamas freed five prisoners belonging to the rival Fatah party on Sunday, and Egypt sent a delegation to the Gaza Strip to oversee the terrorist group’s planned handover of administrative control of the Palestinian enclave to a unity government.

Palestinian Authority prime minister, Rami al-Hamdallah, and other officials of the government formed in 2014 are due in Gaza on Monday to take control of ministries and hold a cabinet meeting the next day.

Hamas opted for reconciliation with Western-backed Palestinian President Mahmoud Abbas’s Fatah because it is short of funds and friends a decade after seizing the enclave in a brief civil war.

“We are determined to … bury the chapter of division so that the homeland can be reunited,” Hamdallah said in public remarks in Ramallah.

One cabinet member, Culture Minister Ehab Bseisso, arrived in Gaza on Sunday and held a meeting with deputies and employees after taking up his post.

Hamas made its turn towards reconciliation on Sept. 17 after Egypt, Saudi Arabia and the United Arab Emirates imposed an economic boycott on the movement’s main donor, Qatar, over support of terrorists.

Abbas, whose popularity ratings are low, has been facing public pressure to patch up differences with Hamas.

Hamas’s armed wing remains the dominant power in the territory of 2 million people partially blockaded by Israel and Egypt, for security reasons.

On the eve of the handover, Hamas released five Fatah security men it jailed two years ago for what an Interior Ministry spokesman described as “actions harmful to internal security.” Their sentences ranged from seven to 15 years.

Speaking to reporters, one of the freed inmates, Taher Abu Armana, thanked Hamas Gaza chief Yehya Al-Sinwar and Mohammed Dahlan, a former Fatah security chief in the enclave, for his release.

Dahlan, based since 2011 in the United Arab Emirates, is behind an influx of cash to prop up Gaza and detente between Hamas and Arab states including Egypt, which hosted reconciliation talks.

“We urge President (Mahmoud Abbas) to order the release of all political prisoners in the West Bank,” Abu Armana said, a reference to members of Hamas.

An official of the Palestinian Authority said an Egyptian delegation comprised of two generals and Cairo’s ambassador to Israel, arrived in Gaza to oversee reconciliation efforts.

It was the first official Egyptian delegation to travel to Gaza since 2012. Egypt suspended its diplomatic mission in Gaza in 2007 after the Hamas takeover.