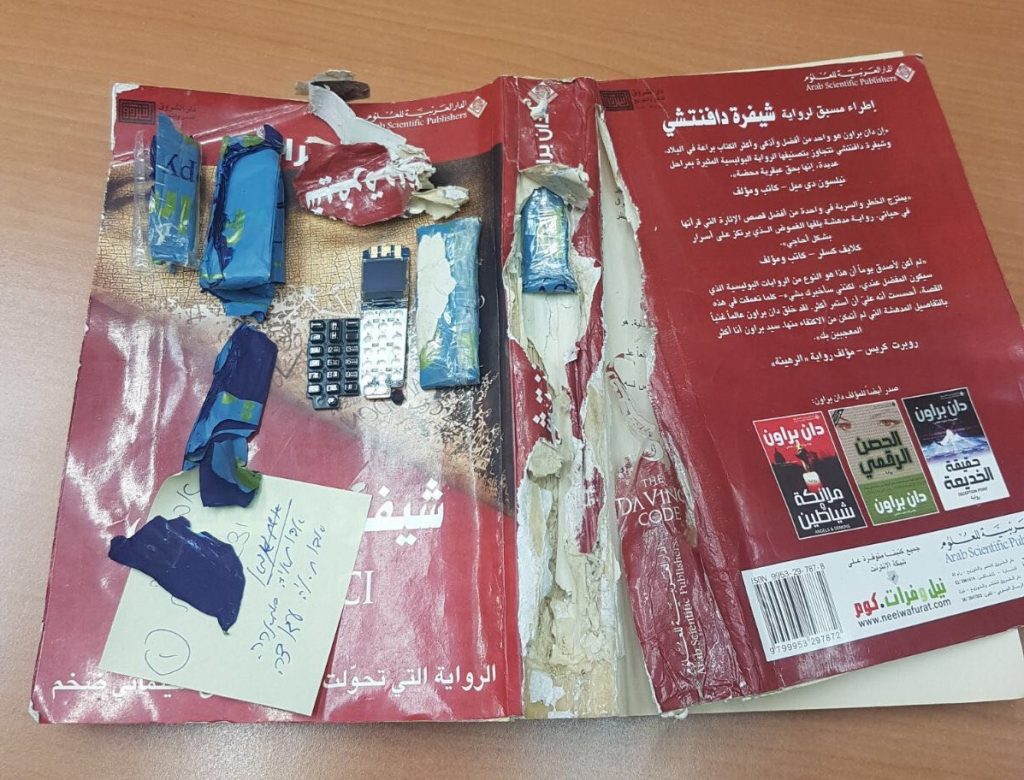 Police and Prison Service officials have arrested five members of a gang that has been smuggling cellphones into prisons for the use of inmates. The five were workers in an outside firm that provided “canteen” supplies to prisons, including snacks, essential items, clothing, and other equipment. The group had been offering phones to prisoners, including terrorists, police said. The group was caught on prison security cameras trying to pass phones to prisoners via canteen items.

The phones were smuggled inside boxes of juice and cans of soft drinks, which were marked off and delivered to specific prisoners on whose behalf they were smuggled into the prisons. Among the phones smuggled in were “mini-phones,” about a third of the size of regular devices, but with all their capabilities. According to police, the group charged prisoners or their sponsors between NIS 8,000 and NIS 15,000 for each device. Under arrest is an Arab from the village of Nabi Elias, near Kfar Sava in central Israel, and several Israelis.

Earlier Sunday, IDF soldiers and Border Guard officers seized illegal weapons in the village of Bani Na’im, near Chevron. Six individuals were arrested in the sweep. IDF officials said that it was likely that the weapons would be used in terror attacks.

Overnight Motzoei Shabbos, security officials said they arrested 6 wanted security suspects in other areas in Yehudah and Shomron. The suspects were wanted for participating in rioting and throwing stones and firebombs that endangered Israeli civilians and IDF soldiers. Several of the suspects were also charged with belonging to Hamas. All were being questioned on their activities by security forces.