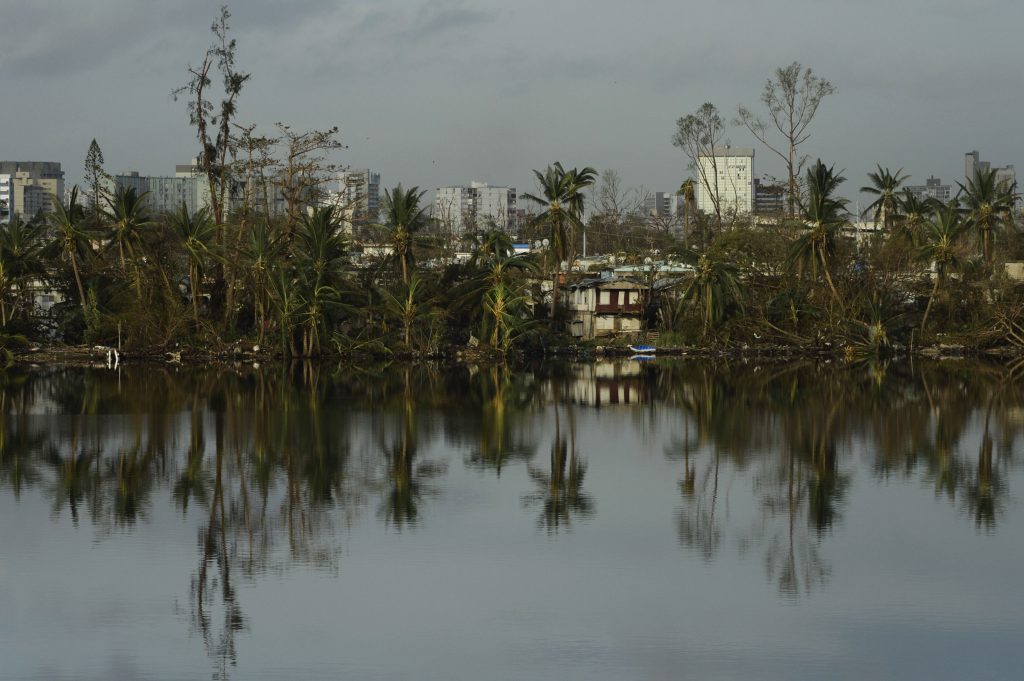 President Donald Trump on Saturday placed blame squarely on Puerto Ricans for the slow recovery from Hurricane Maria after critics complained that his administration’s response to the U.S. territory’s plight was insufficient.

Eleven days after the devastating storm wiped out power, water and communications systems, more than half of the 3.4 million people in on the island do not have access to drinking water, and 95 percent remain without power, according to the U.S. Defense Department.

Maria, the most powerful storm to strike Puerto Rico in nearly 90 years, has destroyed roads, making it difficult to get food, water and fuel around the island. The hurricane has killed at least 16 people, according to the official death toll.

Trump, who plans to visit the island on Tuesday, fired off a series of angry tweets from his private golf club in New Jersey, taking aim at the mayor of San Juan, the island’s capital and largest city.

“Such poor leadership by the Mayor of San Juan and others in Puerto Rico who are not able to get their workers to help,” said Trump. “They want everything to be done for them when it should be a community effort.”

Trump accused Cruz of being “told by the Democrats that you must be nasty to Trump” and blamed the media for not showing the “amazing job” of responders.

The U.S. military is moving in more equipment and personnel to help the Federal Emergency Management Agency (FEMA) and state officials respond to the destruction from the storm, which landed just as the island was recovering from Hurricane Irma.

They face a population losing its patience and wondering why, as American citizens, they are not getting the same relief as residents of Florida and Texas after storms Irma and Harvey.

Puerto Rico’s creaky power grid was wiped out in the storm, a loss expected to further cripple the island’s economy, which has long been mired in recession and is navigating the biggest government bankruptcy in U.S. history.

The insurance industry has begun to tally the damage from Maria, with one modeling company estimating that claims could reach $85 billion.

Puerto Rico’s Governor Ricardo Rossello said the Trump administration had given Puerto Rico’s government “whatever we ask for” in the immediate aftermath of the hurricane.

But he warned that Congress would need to help the island rebuild.

“If Congress doesn’t take action with a significant package, then we are looking at a possible humanitarian crisis,” he said. “What are the effects of falling into that predicament? Massive exodus without a doubt.”