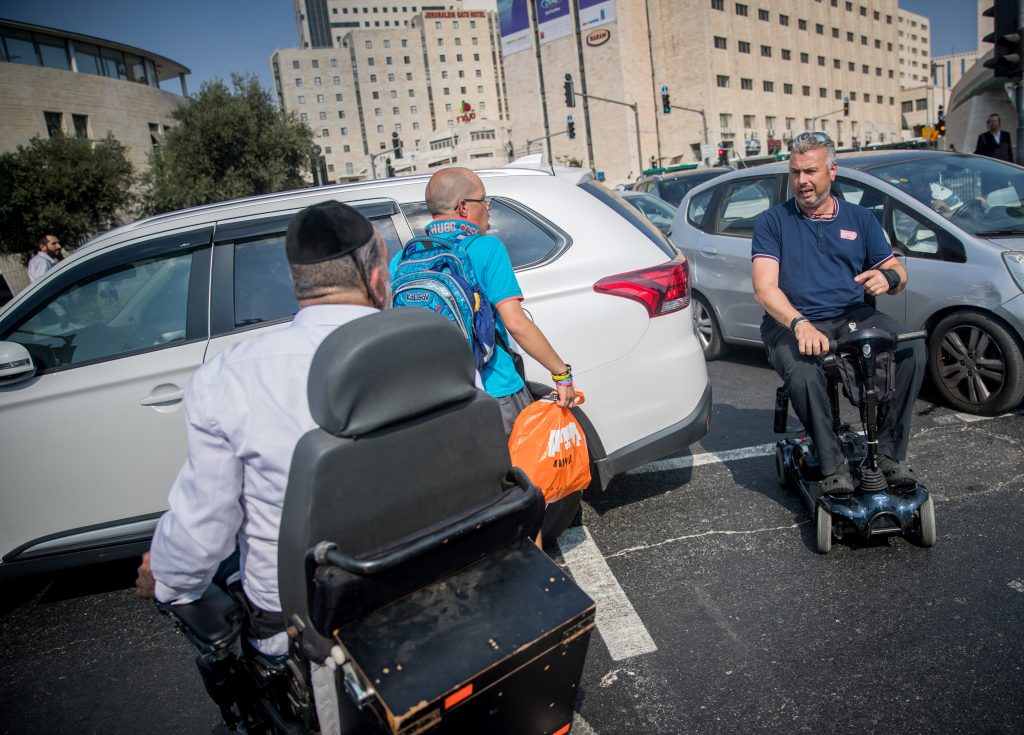 After a late night marathon meeting the night before Yom Kippur, the government and groups representing disabled Israelis reached an agreement on raising the transfer payments and grants for the disabled. The issue has been the subject of much acrimony in recent months, with disabled groups wreaking havoc with commuters’ schedules by blocking roads and highways, seeking to draw attention to their demands.

Under the deal, stipends will be increased over the next four years, with the severely disabled to receive payments of NIS 4,500. Currently they receive NIS 2,342. Individuals with lesser disabilities will receive less. The plan will cost the government a total of NIS 4.2 billion over the next four years. In order to ensure that the plan is enacted, it will instituted based on a law to be passed by the Knesset.

For months, disabled groups have stopped traffic on major highways all over the country, as they protested what they called an “unlivable” level of support they get from the government. Groups organizing the protests demanded that payments to the disabled equal the minimum monthly wage, currently about NIS 5,000, and that all disabled Israelis receive the same pension, without relation to their level of disability. 880,000 Israelis receive such payments, and currently are getting between NIS 1,405 and NIS 2,342 per month, depending on their degree of disability. The state had previously offered to raise the payments to NIS 4,000 for about 30 percent of the disabled, and NIS 3,200 for others with lesser degrees of disability. Government officials have said that there was just not enough money in the state budget for that kind of payout.

The new deal entailed compromise on both sides. The payments will still fall short of the minimum wage, and will be instituted over a four year period, contrary to the disabled groups’s demands that they be instituted immediately. In addition, the maximum payment will not apply to all disabled, only to those with 100 percent disability, according to the National Insurance Institute. On the other hand, stipends will now be linked to the cost of living, and will increase at the same rate that salaries for government employees increase. In addition, disabled Israelis will be able to earn NIS 4,300 per month without harming their benefits, instead of the NIS 2,800 they were allowed to earn before their benefits were reduced.

There are several groups representing the disabled, and not all of them expressed satisfaction with the deal. In particular, the “Disabled Panthers” group, which has been responsible for many of the road closings, said that it would not accept the deal if the stipends were not raised to minimum wage level. Other groups, however, said that they saw the deal as a breakthrough, and that it was an “important social agreement.”