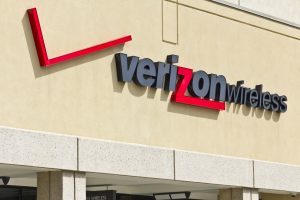 After landing at Ben Gurion Airport on a recent trip to Israel, Hamodia reporter Yochonon Donn received a text-message alert on his Verizon cellphone, “Welcome to ISRAEL.” Then, while traveling to Yerushalayim on Modi’in Highway, which runs along the border between Israel-proper and Yehudah/Shomron, he received another message, “Welcome to PALESTINE.”

Sometimes, when near a border, cellphones may hit a tower across the border; for example, some Verizon customers in Israel have received messages saying “Welcome to JORDAN” when they were near the Jordanian border. Israel is covered by Verizon’s “Travel Pass” international-roaming plan, but Jordan is not. In the case of Yehudah and Shomron, no extra roaming charges would incur anyway, as Yehudah and Shomron are also included in Travel Pass.

But Rabbi Donn says he was shocked to see Verizon referring to these areas as “Palestine.”

“I was taken aback to get this text from an American company such as Verizon,” says Rabbi Donn. “What do they gain by taking sides in this anti-Semitic diplomatic warfare against Israel?”

“Verizon derives its country list from the International Organization for Standardization,” Verizon’s statement to Hamodia said. “We are modifying the SMS message that travelers receive on networks in Palestinian Territories to be consistent with how the territory is referred to by them.”

“I’m glad they are backtracking on this,” says Rabbi Donn.