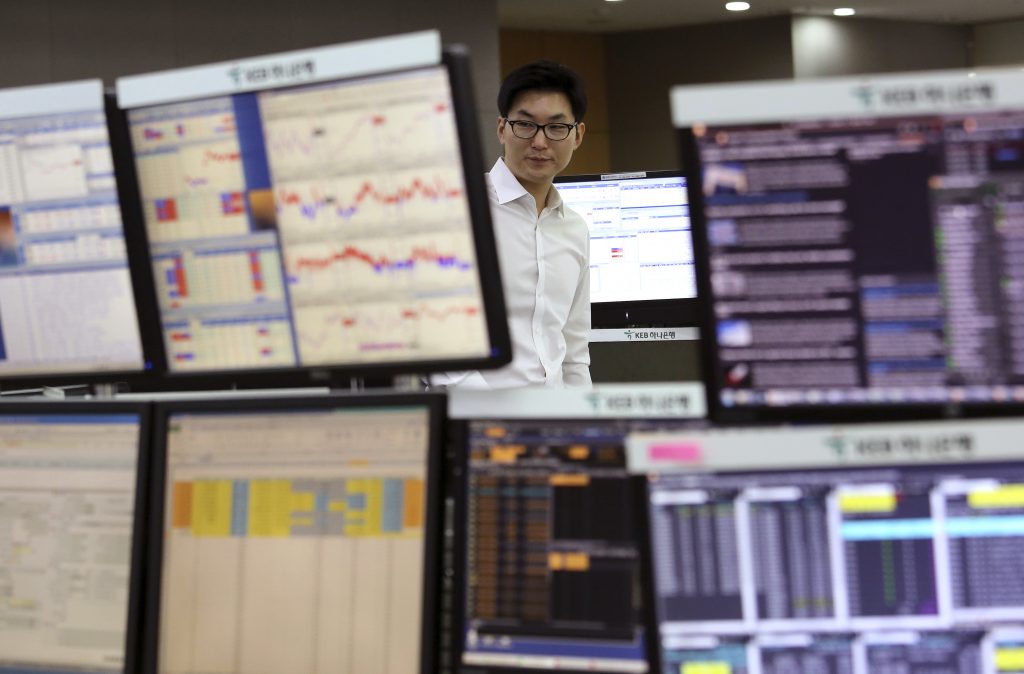 Trump and congressional Republicans proposed a $5 trillion tax plan on Wednesday as a much-needed relief for the middle class and a boost for the economy. The proposal would deeply cut taxes for corporations from the current 35 percent to 25 percent and simplify the tax system while nearly doubling the standard deduction used by most Americans. The plan was widely expected by investors but with negotiations ahead, the final picture of the tax plan is unclear.

“While the impact from the new framework on Asian markets remains debatable with repatriation of offshore earnings one to expect, investors will likely look to the improvement it may bring to U.S. companies and in turn the stock market in the near term,” said Jingyi Pan, a market strategist at IG in Singapore.

Benchmark U.S. crude fell 22 cents to $51.92 per barrel on the New York Mercantile Exchange. The contract added 26 cents to close at $52.14 a barrel on Wednesday. Brent crude, the standard for international oil prices, lost 35 cents to $57.22 per barrel in London.