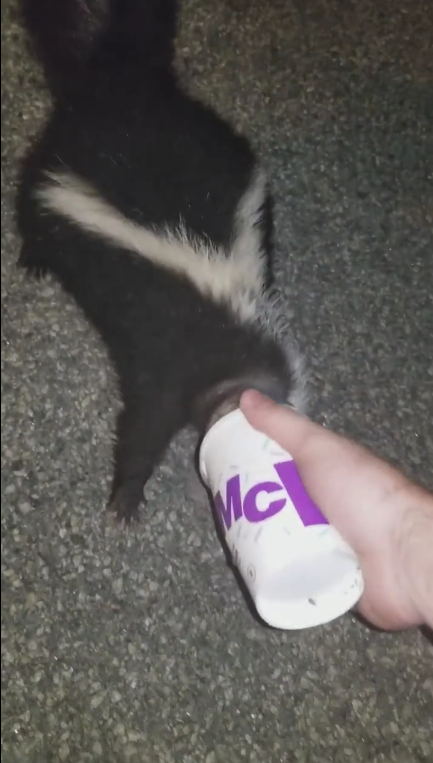 A police officer in York, Maine, risked being sprayed by a skunk in order to free the animal, whose head was stuck in a discarded cup.

Officer David McKinnon came upon a skunk with its head stuck inside the cup while on patrol early Sunday. He decided to help despite the high risk of a malodorous outcome. He recorded video with his smartphone in one hand, while gently tugged on the paper cup with the other hand while speaking reassuringly to the skunk.

Once freed, the skunk lifted its tail in preparation to spray. But it decided instead to scamper away as McKinnon exclaimed, “I never thought in a million years!”

The video had 41,000 views on social media as of Wednesday, and McKinnon earned praise for his bravery in the face of a potentially stinky rescue.