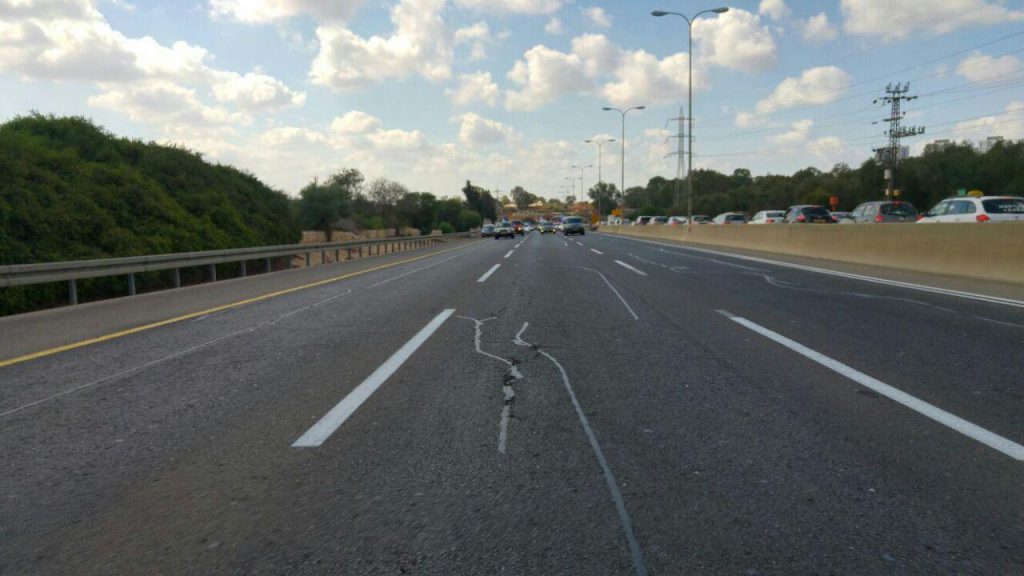 Despite police declarations that they will no longer tolerate road closings, the protests by disabled Israelis demanding higher government transfer payments show no signs of letting up. If anything, the protests are set to get more intense, according to activists organizing the protests — after police arrested one protester and detained another one in handcuffs during a protest Wednesday morning. “We will close down the whole country,” said the “Disabled Panthers” protest group. “The police violated an agreement with us on protest procedures,” said Eyal Cohen, the head of the group. “Israeli police are beating disabled people. They should be ashamed of themselves. You will not succeed in silencing us.”

The incident occurred early Wednesday as a group of disabled protesters in wheelchairs tried to shut down a main exit on the coastal road in Herzliya. The protesters had planned to shut the exit down for an hour, but police wanted to get traffic moving more quickly, and began shooing protesters off the road. The protesters resisted, and a fight broke out between a protester and officers. Police handcuffed one protester and took her aside, after she lay down on the road with another protester on top of her. A second protester was arrested and taken in for questioning. A second protest by disabled Israelis shut down a portion of Road 4, another major highway in the Tel Aviv area.

Police said in a statement that they had attempted to negotiate with protesters, “but we faced fierce opposition from them, as some of them tried to prevent us from clearing the road. Police were forced to remove protesters in order to open the road. Police arrested one protester who refused to leave the area, and that protester was later released. We call on protesters and the organizers of protests to avoid upsetting the public order. We will continue to avail protesters the freedom to make their views known, within legal bounds. We cannot allow these road closings, which have a major impact on the lives of ordinary Israelis.”

The protests, which have been going on for months, are organized by groups demanding that payments to the disabled equal the minimum monthly wage, currently about NIS 5,000, and that all disabled Israelis receive the same pension, without relation to their level of disability. 880,000 Israelis receive such payments, and currently are getting between NIS 1,405 and NIS 2,342 per month, depending on their degree of disability. The state had previously offered to raise the payments to NIS 4,000 for about 30 percent of the disabled, and NIS 3,200 for others with lesser degrees of disability. Government officials have said that there was just not enough money in the state budget for that kind of payout.

On Tuesday, representatives of disabled groups met with Professor Avi Simchon, head of the National Economic Council, to discuss ideas to improve the financial situation of the disabled, but the discussions fell apart. Simchon later criticized the disabled groups in an interview with Channel 2, saying that their refusal to differentiate between levels of disability in the demand for payments was “foolish. If everyone gets the same amount, everyone gets less. The worst thing they can do is demand things that cannot come about, because then there is nothing to talk about. We would love to give everyone everything they demand, but we don’t have the resources to do so.”

The disabled claim that the only way for them to gain attention for their agenda is by closing down roads and inconveniencing tens of thousands of commuters, whom they believe would pressure the government to submit to their demands. Police over the weekend announced that they would no longer tolerate road closures by the protesters, and threatened to issue fines to protesters and to tow their vehicles. According to Yediot Acharonot, however, only one ticket was issued since Motzoei Shabbos, when police made the announcement. Police had threatened to issue hundreds of fines, and in response the disabled groups went on a social media campaign to raise money to pay the fines, and claim to have raised thousands of shekels for the cause so far.